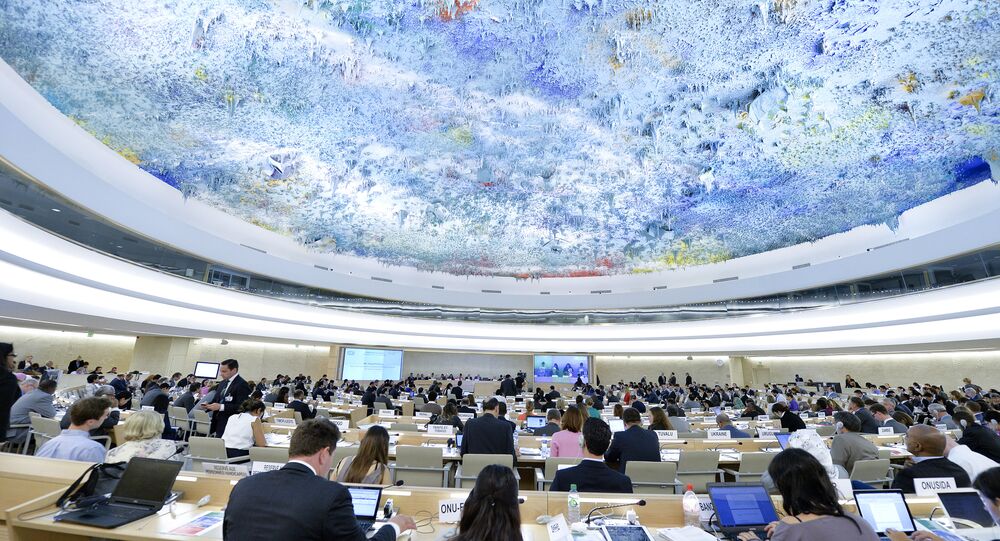 On 27 May, India abstained from voting on a United Nations Human Rights Council (UNHRC) resolution to set up a commission of inquiry into human rights violations in the Gaza Strip and Israel. After the vote, the UN Human Rights Council set up an international investigation into possible violations amid the latest spike in violence in Gaza.

Indian parliamentarian and BJP lawmaker Subramanian Swamy has criticised the country for "failing to vote with Arabs" at the UN to set up an inquiry into human rights violations in Gaza.

Subramanian Swamy noted that the Palestinian National Authority's Riyad al-Maliki had earlier criticised India for failing to vote with Arabs against Israel and that the Modi government has "become the Bat of Panchatantra".

​The Panchatantra is an ancient Indian collection of animal fables in Sanskrit for children that teach a moral lesson. In a story about a battle between birds and beasts, bats are seen taking the side of the winning party. They are seen as opportunists and turncoats who are ostracised in the end by both the birds and the beasts after they resolve their differences and become friends.

Swamy's scathing comments come a day after the Palestinian Authority expressed concern at India's remaining absent from the vote at the UN Human Rights Council to set up an inquiry into human rights violations during the Israel-Hamas conflict in Gaza.

India, Brazil, France, Italy, and Nepal were among the 14 countries that abstained during the voting. Among the countries that voted for the resolution, included China, Russia, Pakistan, Bangladesh, and Cuba. With 24 countries voting in favour of the resolution presented by the Organisation of Islamic Cooperation and the Palestinian delegation, the Human Rights Council established an international commission of inquiry into "violations of international humanitarian law and all alleged violations and abuses of international human rights law", during the Israel-Hamas conflict.

Riyad al-Maliki sent a strongly worded letter to his Indian counterpart S Jaishankar saying that India's failure to participate in the voting on 27 May "stifles the important work of [the] Human Rights Council at advancing human rights for all people, including those of the Palestinian people".

"[The] Republic of India missed an opportunity to join the international community at this turning point, both crucial and long overdue, on the path to accountability, justice, and peace", said the letter.

The resolution, said al-Maliki, was not an aberration to the Human Rights Council but the by-product of extensive multilateral consultations.

"It is the consolidation of years and thorough investigation into and reporting on Israel's grave violations by States, UN experts, Human Rights Treaty bodies, and organisations", he said in the letter.

"We are a vibrant democracy and everyone has the right to voice their opinions. The Palestinian minister has his point of view and we have ours. We have taken a position which we believe is the principle position and according to our judgement should have been done. If we abstained then there was a very good reason why we did so", Vishnu Prakash, former ambassador to South Korea and Canada and official spokesperson of the Indian Ministry of External Affairs, told Sputnik.

Prior to the vote, the Indian representative at the UN in Geneva reiterated the nation's position on the latest escalation and called for restraint from both sides. The Indian statement in Geneva made no reference to the resolution that was on the table and articulated New Delhi's position that was spelled out last month at the UN in New York.

The nation's main opposition party, Congress, had earlier expressed "deep concern" about India's stance on the recent conflict between Palestinians and Israelis in Gaza. In a statement, Congress said that India's foreign policy has historically been bipartisan. "It is in this spirit that we reiterate the traditional position in support of the two-state solution, with appropriate recognition of East Jerusalem as the capital of independent Palestine, must not be undermined by omission", said the opposition party.

Violence Continues in Israel and Palestine; Agribusiness and Pollution