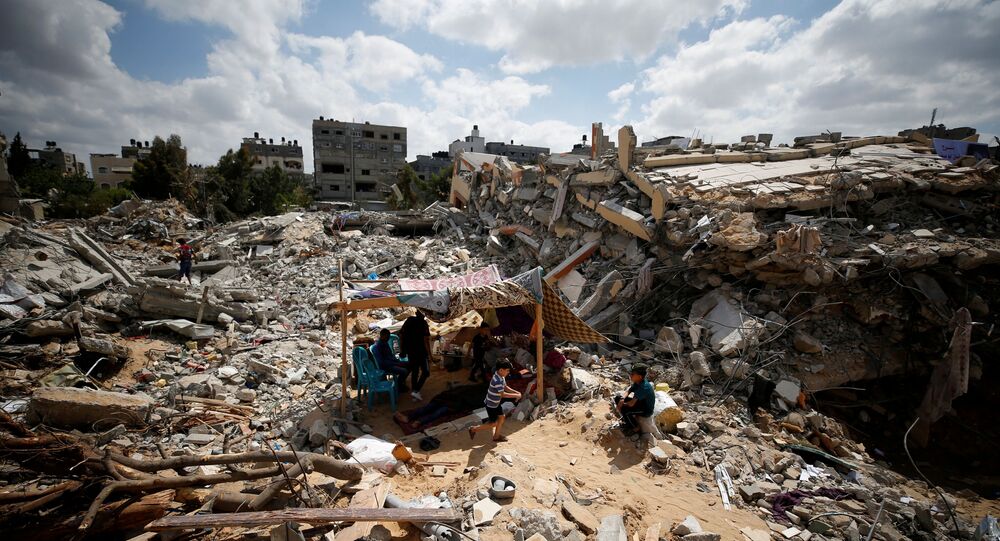 The recent fight between Israel and militant group Hamas started on 10 May when barrages of rockets were fired from Gaza at Israel in East Jerusalem. Israel retaliated with hundreds of air strikes on the Gaza Strip which left 277 people dead, according to the Palestinian Health ministry. Israel's response has been criticised worldwide.

India has abstained from voting on the United Nations Human Rights Council (UNHRC) resolution to set up a Commission of Inquiry on human rights violations in the Gaza Strip and Israel.

Indra Mani Pandey, India's Permanent Representative to the United Nations (Geneva), said that India, along with 13 other members of the Human Rights Council, skipped voting for the resolution.

A total of ​24 of the Council's 47 members voted in favour of the resolution and nine were opposed to it. After the vote, the UN Human Rights Council set up an international investigation into the human rights violations amid the latest spike in violence in Gaza violence as well as into the "systematic" abuse of human rights in the Palestinian territories and Israel.

Although Palestinians welcomed the move, Israel's Prime Minister Benjamin Netanyahu described it as "yet another example of the UN Human Rights Council's blatant anti-Israel obsession."

India's decision to abstain from the vote is being seen as a shift in policy towards a more pro-Israel stance.

Vishnu Prakash, a former Indian ambassador to South Korea and Canada, and official spokespman of the Ministry of External Affairs, told Sputnik: "India's commitment to Palestine's just cause remains the same. Since 1992 our relationship with Israel has taken off well in the security, intelligence sector and agriculture sectors, as well as others. Any country will do what is in its national interest.

"The matter of security for India is of paramount importance just as it is for any other country. Israel has been a very valuable partner for India. We have strong cooperation with the country which we value a lot. India wants to go by merit and has always said that conflict never solves anything. A lot of thought went into abstaining from the vote."

A senior official from the Ministry of External Affairs, speaking to Sputnik, added that "India has slightly modified the tone of its language while extending support to Palestine during the recent crisis. Our standard phrase of extending 'strong support to the just Palestinian cause' has been omitted during our latest statement at the UNHRC on 27 May."

On 16 May, India's statement at the UN Security Council (UNSC) read "India's strong support to the just Palestinian cause and its unwavering commitment to the two-state solution."

Bur four days later, on 20 May, Indra Mani Pandey made a statement where he omitted the phrase "strong support" - instead, his statement read: "We support all ongoing diplomatic efforts, including of Quartet, to bring the ongoing violence to an end and to seek durable peace, in line with a vision of the two states living side by side within secure and recognised borders."

Again, on 27 May India's statement at the UNSC in New York reads: "We firmly believe that only a two-state solution, achieved through direct and meaningful negotiations between both sides on final status issues, will deliver an enduring peace that the people of Israel and Palestine desire and deserve."