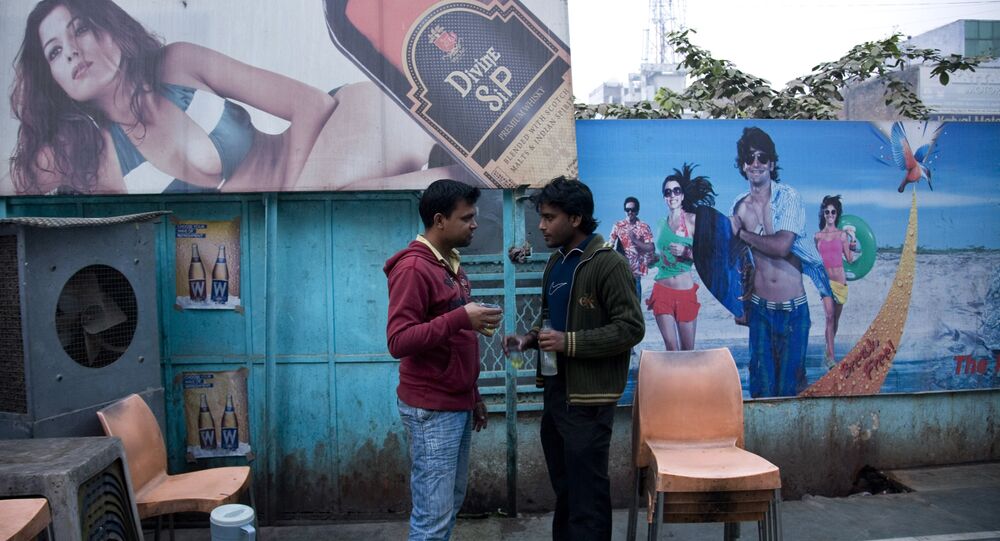 As the Indian government is struggling hard to ramp up the vaccination drive across the country, local authorities in a district of the Indian state of Uttar Pradesh have found a new way to motivate the people to get the inoculation.

In order to motivate people to get inoculated against COVID-19, Hem Kumar Singh, Additional District Magistrate (ADM) of Etawah, a district in the Indian state of Uttar Pradesh asked the liquor outlets in Saifai to display notices saying that alcohol will not be sold to anyone who is not vaccinated.

He even warned shop owners against selling liquor to anyone without verifying their vaccination certificate. Amid the slow pace of vaccination across the country, this seems to be a new way to motivate people as every day in India, long queues are seen outside the liquor shops while healthcare workers at the vaccination centres sometimes sit idle.

However, the district excise officer said that no such orders have been issued and the ADM might have asked the sellers to motivate the people to get vaccinated.

A lot of people in the nation's semi-urban and rural areas are hesitant to take the jabs as a lot of myths are doing the rounds about the vaccine. A week ago, nearly 200 people ran around Sisaunda Village and eventually jumped in the river in the Indian state of Uttar Pradesh, as they did not want to get vaccinated with the "injection of poison" as they referred to the medication.

According to local media reports, some liquor shop owners have also confirmed that the notices were displayed outside the shops on Sunday after the direction of ADM. 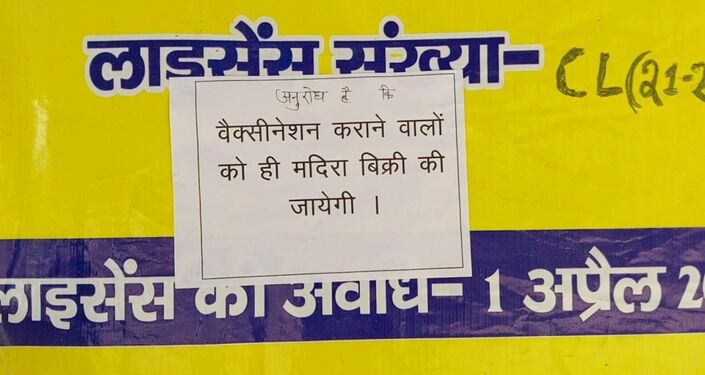 One of the liquor outlet owners told Sputnik: “All the liquor shops are first verifying the vaccination certificate of the customers and then selling the liquor to them.”

Singh was on inspection of the liquor outlets in Saifai in the wake of the Aligarh hooch tragedy, where at least 25 people died after consuming toxic alcohol.