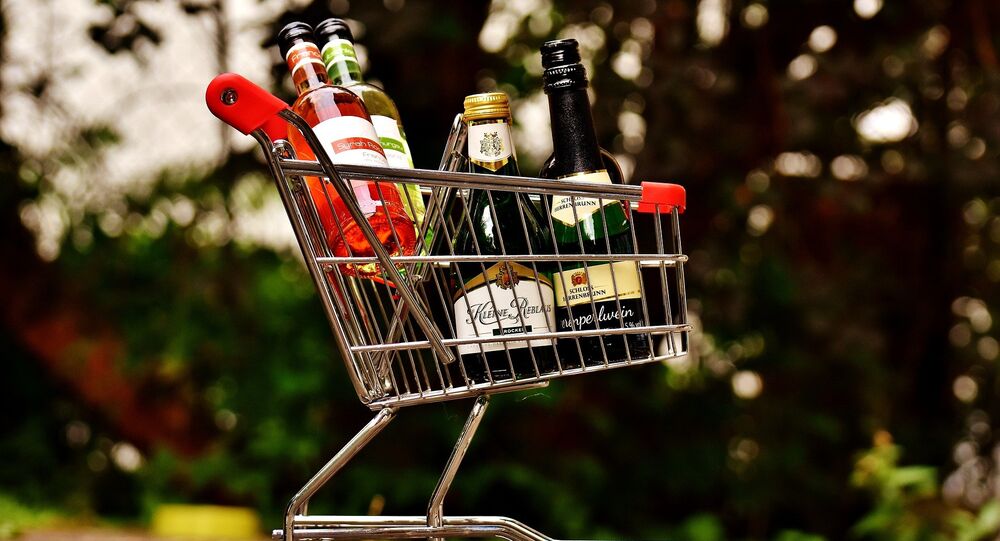 India has been witnessing record numbers of new COVID-19 cases on a daily basis during the past two weeks, following which several state governments have been forced to reintroduce restrictions on public movement.

Hours after the Delhi government announced a lockdown in the national capital on Monday, a large number of people were seen queuing up outside liquor shops.

Speaking to Sputnik, Lakshay Yadav, who works as a manager at a banquet hall in Delhi, said that with the businesses being shut, they require something, evidently alcohol, to keep negative thoughts at bay.

"When you're someone who is used to going outside and working on daily basis and is suddenly made to sit at home, you go through a lot of negative thoughts. With a lot of negativity around, we need to stay positive and alcohol helps in that", he added.

Others took to Twitter suggesting they were stocking up to have a good time during the lockdown.

A day after Delhi, which is the worst-hit city in India, reported more than 25,500 new COVID-19 cases, the capital's chief Arvind Kejriwal said the city’s health system is under severe strain and has reached its limit.

"If we don't impose a lockdown now, we will be looking at a bigger disaster. From tonight there will be a lockdown until next Monday… The lockdown doesn't end the pandemic but just slows it. We will use this week-long lockdown to improve our healthcare", he said.

According to the Indian Health Ministry, the country has witnessed 273,810 new COVID-19 cases, a new record daily increase in cases, 1,619 fatalities, and 144,178 discharges over the last 24 hours since Sunday. Several states, including Maharashtra and Punjab, have also imposed strict measures to curb the spread of the virus.