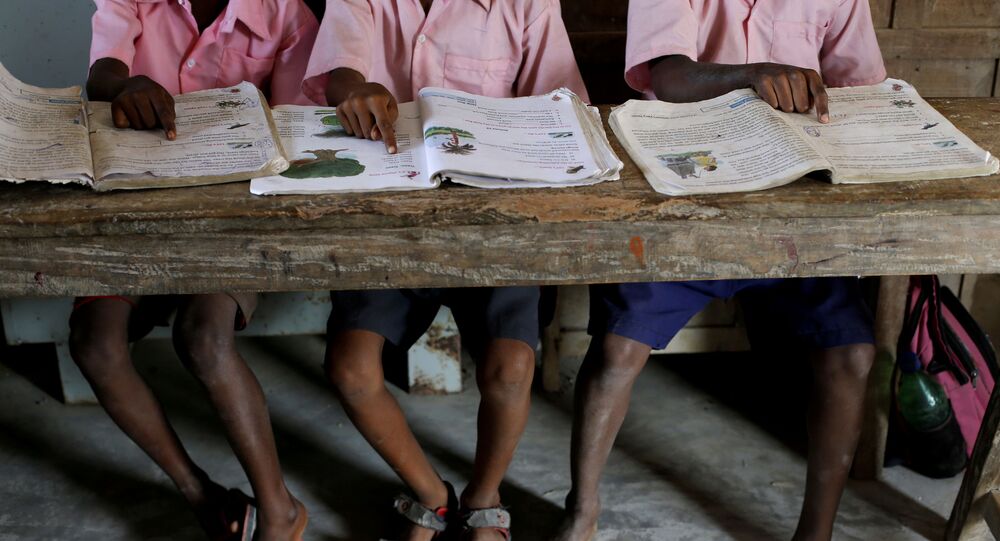 In what could be described as a school version of the #MeToo movement, scores of pupils in southern India's Chennai city have broken their silence and exposed teachers for improper behaviour and sexual harassment.

On 23 May, a former pupil of Padma Seshadri Bala Bhavan School (PSBB) - a top school in Chennai - took to Instagram to ask PSBB students to contact her. The former pupil has made allegations of sexual harassment against G Rajagopalan, a teacher of Business Studies and Accountancy at the school.

After that, accusations of sexual harassment, molestation, sharing pornography links, teaching half-naked during online class and slut-shaming - among others things - started flooding in against the 59-year-old teacher.

Pupils also said that despite being aware of the teacher's predatory tendencies, the school took no action.

"My friend was violated by this man. He tried to grope her, but she escaped. We went to narrate this incident to another teacher who insisted this was a misunderstanding and that she should forget a,bout this," an alumna told Sputnik News.

At least 1,000 alumni of the school sent a letter to management demanding strict action. The next day, the accused was arrested under the Protection of Children from Sexual Offences (POCSO) Act 2012.

In a ripple effect, students of other private schools started taking to social media to narrate their traumatic experiences at the hands of teachers. The elite schools in the city have been accused of indulging in casteist behaviour and advocating Brahminism (upper caste) practices.

So far one formal complaint has been registered, but the police are hoping for more.

Professors and staff members of SASTRA University in Tamil Nadu have been criticised by students who shared stories of harassment and negligence. Around 1,300 alumni of the university signed a petition seeking immediate response and action from management on sexual harassment complaints.

Playback singer and voice actress, Chinmayi Sripada, said that parents must be held responsible for children not coming forward to give a formal complaint. “Parents of students are trying to hush this up. Alumni want to hush up today's students to protect the honour of the school. This looks like an attack on the teaching system although what we are talking about is a violation of children’s bodies," she wrote on Twitter.

Been a couple of disturbing nights, not only as an old student of PSBB but also as a father of 2 young girls.

Rajagopalan is one name that’s come out today, but to stop such incidences all around us in the future, we need to act and need a complete overhaul of the system.
🙏🙏 pic.twitter.com/JRKZ3QOgeM

In the wake of such allegations, Tamil Nadu state chief Muthuvel Karunanidhi Stalin instructed all schools to record all online classes and review them periodically.

However, the row took a political turn when lawmaker Subramanian Swamy said that Chennai's PSBB School is being blamed for what a single person did and that he is ready to fight their fight if the state chief does not step in.

Defending the school, Swamy - who belongs to the Brahmin caste - wrote: "In the respected Padma Seshadri Bal Bhavan School in Chennai, of 10,000 students in three branches — a gyani and tyagi managed school. DMK/DK is harassing them because one teacher misbehaved with a girl student."

Commenting on the issue, actor-turned-politician Kamal Haasan said the whole episode should not be "diverted into discussions about caste" and asked the state government to form a special committee to inquire into the allegations.

The first leg of the #MeToo movement first jolted India’s academia in 2017 when a law student Raya Sarkar published a list of professors who had been accused of sexual harassment. Then in 2018, the movement took the Indian media and cinema industry by storm when hundreds of women came forward with their stories of trauma.