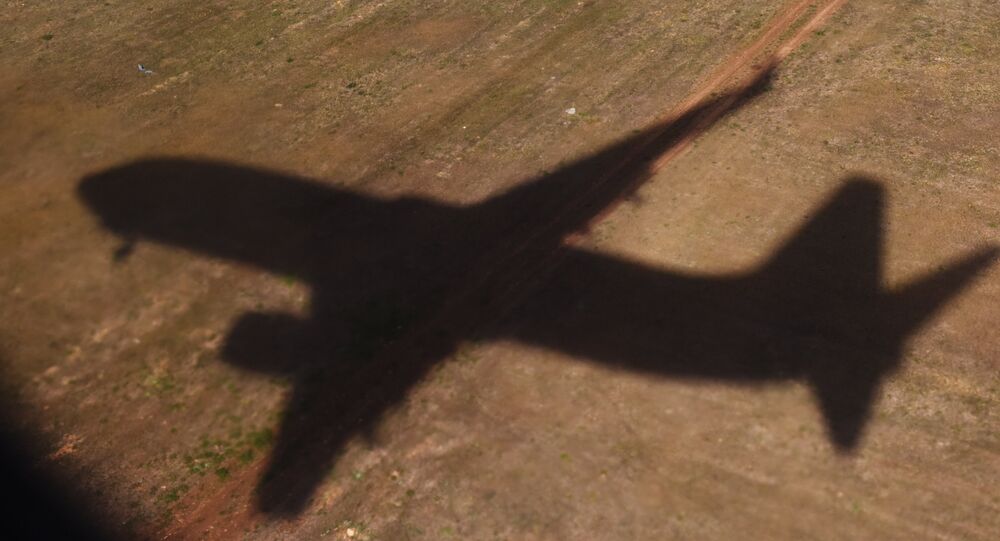 Made in Heaven: Indian Couple Booked Plane to Get Married in Air With Over 160 Attendees Amid COVID

MK Stalin, the newly elected chief of southern India’s Tamil Nadu, has extended the strict and complete lockdown in the region for two more weeks after 24 May. The state has remained under stringent restrictions for the past two weeks also after earlier this month it began reporting an alarming over 26,000 cases a day.

In a bid to avoid flouting COVID restrictions forbidding mass gatherings, a young couple from Tamil Nadu’s Madurai city ended up chartering a plane to get married in the presence of family and friends over the weekend. Elaborate details of the couple and their families remain unclear as of now, but the first names of the bride and the groom are Rakesh and Dakshina.

The flight, carrying over 160 people, celebrated the “heavenly union” in close physical proximity with one another during a two-hour flight. For the main part of the wedding ceremony, i.e when the groom puts vermilion on his wife’s forehead to officiate the ritual – the plane hovered over Madurai’s famous Meenakshi Temple.

Professional cameramen recording the ceremony were also among the attendees of this flying wedding, videos of which have gone viral on Indian social media. The footage shows people pushing and shoving each other inside the plane – in order to be an active audience of the special event.

Rakesh-Dakshina from Madurai, who rented a plane for two hours and got married in the wedding sky. Family members who flew from Madurai to Bangalore after getting married by SpiceJet flight from Bangalore to Madurai. #COVID19India #lockdown @TV9Telugu #weddingrestrictions pic.twitter.com/9nDyn3MM4n

​Later, the relatives, who had travelled from other cities to attend the wedding, boarded passenger flights to return home – after having being present at a mass gathering, exposing themselves and others to the risk of contracting the contagious virus.

The case has been taken as a glaring violation of COVID-19 norms – especially at a time when Tamil Nadu is reeling under a bevy of new COVID-19 cases. The state recorded 35,483 new cases of COVID-19 on 24 May, bringing the total tally to 1.8 million.

Speaking to the media, the airport director of Madurai – S. Senthil Valavan said that a private airline had applied for the charter flight service – that got approved by the airport authorities.

“The authorities from the airport were not aware of the mid-air marriage. There is a clear violation of COVID precautionary norms,” Valavan was quoted as saying in reports.

An investigation has been opened into the case.

Several Indian states and cities have released a set of restrictive guidelines in a bid to check the steep rise in Coronavirus cases. In major metro areas including Mumbai and Delhi, the guidelines have prohibited residents from wandering around at night while also limiting the number of attendees at funerals and weddings.

In July last year, several wedding ceremonies in different parts of India emerged as epicentres of Coronavirus infections – some even led to the deaths of the bride and/or the groom as well as their relatives, who were attending the ceremonies.

This year, in mid-April, when the second wave of COVID-19 began hitting India hard, the majority of the scheduled weddings around the country were postponed to avoid any legal punishment or health emergency.