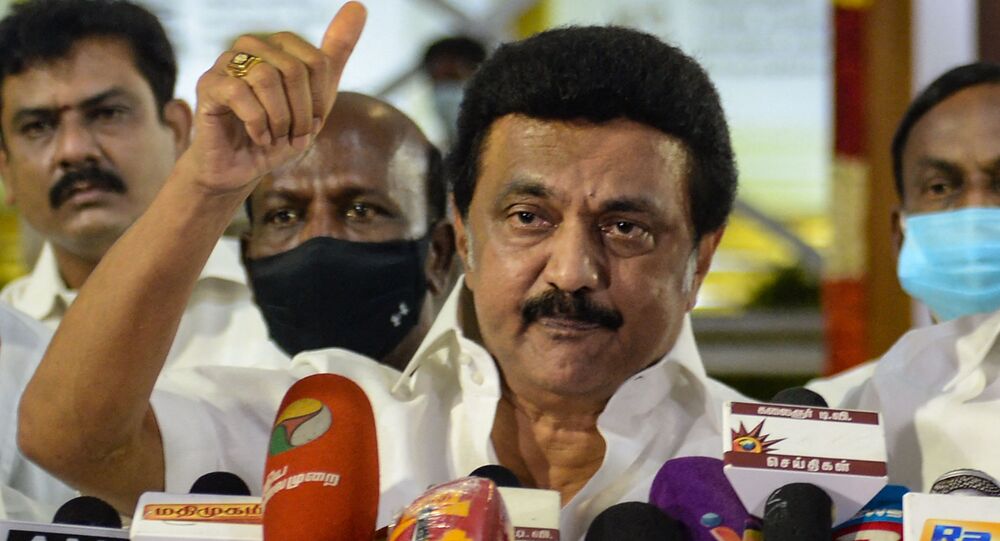 In a recent televised address to India, Prime Minister Narendra Modi expressed reluctance in imposing a total national lockdown unless it is the last resort to contain the spread. While the central government is mulling over the economic repercussions of a large-scale lockdown, many Indian states have urged residents to stay home.

M. K. Stalin, the newly-elected chief of southern India’s Tamil Nadu state on Saturday announced a complete lockdown in the region from 10 May to 24 May. The order comes one day after Tamil Nadu reported over 26,000 new Covid-19 infections – the biggest single day spike of the state so far.

Stalin has cited “unavoidable reasons” for imposing this two-week lockdown, which was decided after his meeting with the 38 district collectors in his state.

Banks with fifty percent staff along with grocery and pharmacies in the state will be allowed to function. Restaurants will only be providing takeaway food.

Public transport like cabs and auto-rickshaws have been asked to refrain from wandering on the streets unless they’re taking passengers to funerals or weddings – both of which have a guest limit between 20-50 in the state.

The number of cases in the state also grew in recent days due to the assembly election rallies that were held there between March and April.

Previously, the southern Indian states of Karnataka and Kerala also announced lockdowns in their regions to contain the spread of the second wave of Covid-19.

While PM Modi, in a meeting with the state chiefs recently, directed them to facilitate the rapid vaccination of people, former Congress President Rahul Gandhi along with the Supreme Court of India have urged the PM to impose a national lockdown.

India recorded 401,000 Covid-19 cases in the last 24 hours, raising the active caseload to 3,723,446. A total of 4,187 more people died in one day succumbing to the respiration-attacking virus, as per the Health Ministry.

Several other states including Maharashtra, Madhya Pradesh, Rajasthan and Delhi among others have already undertaken lockdown measures to flatten the curve of the spread of coronavirus in their respective states.