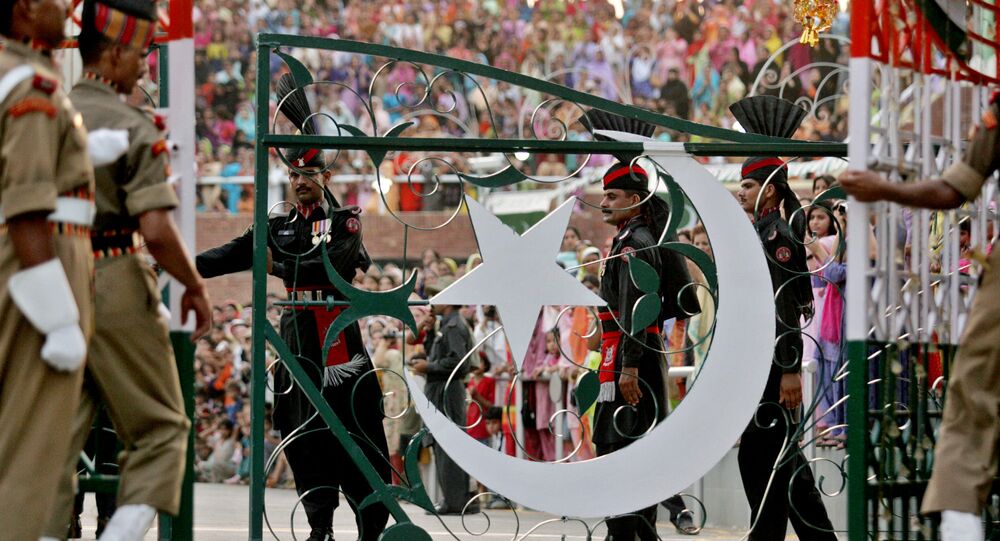 Pakistan's foreign minister, currently on a visit to the United Arab Emirates (UAE), has for the first time confirmed that Abu Dhabi has been mediating a truce between New Delhi and Islamabad. Incidentally, India's Foreign Minister Subrahmanyam Jaishankar is also on a separate bilateral visit to the UAE at the same time.

India's federal opposition Congress Party on Monday attacked Prime Minister Narendra Modi's government for "internationalising" the Kashmir dispute, as it reacted to reports that the United Arab Emirates (UAE) was mediating between India and Pakistan.

"We have seen reports of a UAE diplomat claiming to have brokered contacts between India and Pakistan. It has been one of the successes of Indian diplomacy since the 1972 Simla agreement to ensure that we deal with Pakistan bilaterally, and to prevent foreign mediation", said Mallikarjun Kharge, the leader of opposition in the upper house of the federal parliament.

“Sadly, under this government not only are others now mediating between India and Pakistan but our internal affairs like J&K have been internationalised”, stated the senior Congress lawmaker, addressing a press briefing on the matter.

The former federal minister further called upon Prime Minister Modi’s government to get back to India’s “tried and tested” policy of solving its issues with Pakistan through bilateral consultations.

The reference to the “UAE diplomat” is towards Ambassador Yousef Al Otaiba, Abu Dhabi’s envoy to Washington, DC, who revealed last week that the Gulf state had played a role “in bringing Kashmir escalation down and creating a ceasefire”.

“They might not sort of become best friends but at least we want to get it to a level where it’s functional, where it’s operational, where they are speaking to each other”, he said, during a virtual discussion organised by Stanford University.

© AP Photo / Mukhtar Khan
Ex-Jammu and Kashmir Chief Urges Indian PM Modi to Attend SAARC Summit in Pakistan
On 25 February, the militaries of India and Pakistan reaffirmed their commitment to uphold the 2003 ceasefire agreement between the two countries. The development was followed by an appeal by Pakistan’s military chief General Qamar Javed Bajwa calling upon India to “bury the past” in order to unlock the economic potential of Central Asia.

Previously, Reuters reported that officials from Pakistan and India had met in January this year in a bid to ease tensions between the neighbours.

Kharge’s criticism of the UAE’s mediation between New Delhi and Islamabad came as the foreign ministers of India and Pakistan are in the Gulf monarchy on separate bilateral visits.

While the Indian Foreign Ministry has so far been tight-lipped about a possible meeting in the UAE between Foreign Affairs Minister Subrahmanyam Jaishankar and his Pakistani counterpart Shah Mehmood Qureshi, the latter has rejected the prospect altogether.

"I am here for a bilateral visit. I am not here for an India-specific agenda", Qureshi told Gulf News in an exclusive interview on Sunday.

In the same interview, Qureshi also acknowledged the UAE’s efforts in trying to bring the two South Asian neighbours to the negotiating table, marking the first time that the leadership of either country has openly talked about the mediation efforts of Abu Dhabi.

"Pakistan has a lot of trust and confidence in the UAE, as the UAE has been a tested friend of Pakistan for decades. The ruling family members have been very close to Pakistan. We consider UAE leaders friends and well-wishers of Pakistan", said the foreign minister.

“The UAE has a sizable number of Pakistanis and the presence of Indians is even higher. Obviously, looking at the interest of peace and stability in the region, it only makes sense that the UAE feels that two players (Indian and Pakistan) in this region, who are estranged, should sit together and talk out their differences”, he added.

Bilateral ties between Pakistan and India have been particularly frayed since New Delhi’s decision to abrogate the semi-constitutional status of Jammu and Kashmir in August 2019. The Jammu and Kashmir region, parts of which are also controlled by Pakistan and China, has been a source of friction between New Delhi and Islamabad since 1947.