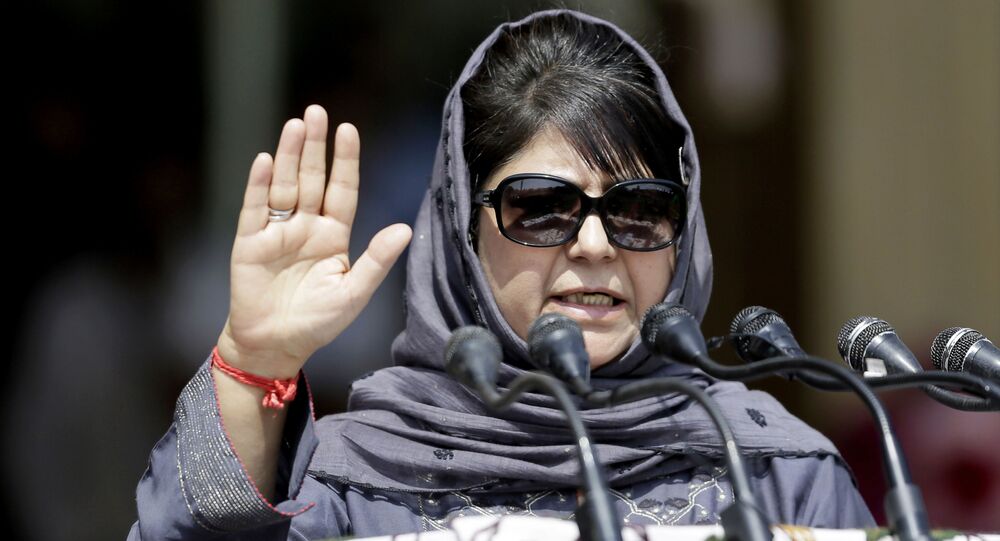 The eight-member South Asian Association for Regional Cooperation (SAARC) was founded in 1985 with the aim of achieving regional and economic cooperation. However, its relevance and existence has become questionable due to the ongoing conflicts between India and Pakistan.

Former Jammu and Kashmir chief Mehbooba Mufti on Monday urged Prime Minister Narendra Modi to visit Pakistan for the South Asian Association for Regional Cooperation (SAARC) summit, saying Delhi and Islamabad have to sit down and make decisions on the Kashmir issue.

"We have to leave weapons (behind) and ask both countries to talk. I’m asking them so that world knows this isn’t terrorism. We want our voice to be heard," she said at an event in Srinagar.

Pakistan's Foreign Minister Shah Mahmood Qureshi recently stated that the country was ready to talk but India would have to create a conducive atmosphere.

"As for talks, Pakistan has never shied away from talks with India and has always maintained the need for a ‘meaningful dialogue' and peaceful resolution of all outstanding disputes, including the Jammu and Kashmir dispute,” he said.

He also added that durable peace, security and development in the region hinge on a peaceful resolution of the long-standing Jammu and Kashmir issue.

On 25 February, India and Pakistan issued a joint statement to strictly observe all agreements on the ceasefire along the Line of Control, (the de-facto border between the two countries), and other sectors, and to address “each other’s core issues and concerns”.

The sudden announcement was their first joint statement in over eight years.

Meanwhile,the annual summit of SAARC has been suspended since 2016, after India and other member countries boycotted the scheduled meeting in Islamabad following a series of militant attacks on Indian military camps.

Both countries claim Jammu and Kashmir as part of their territory, but administer different parts. India and Pakistan have fought three wars, two on Kashmir and the third for the liberation of Bangladesh in 1971.