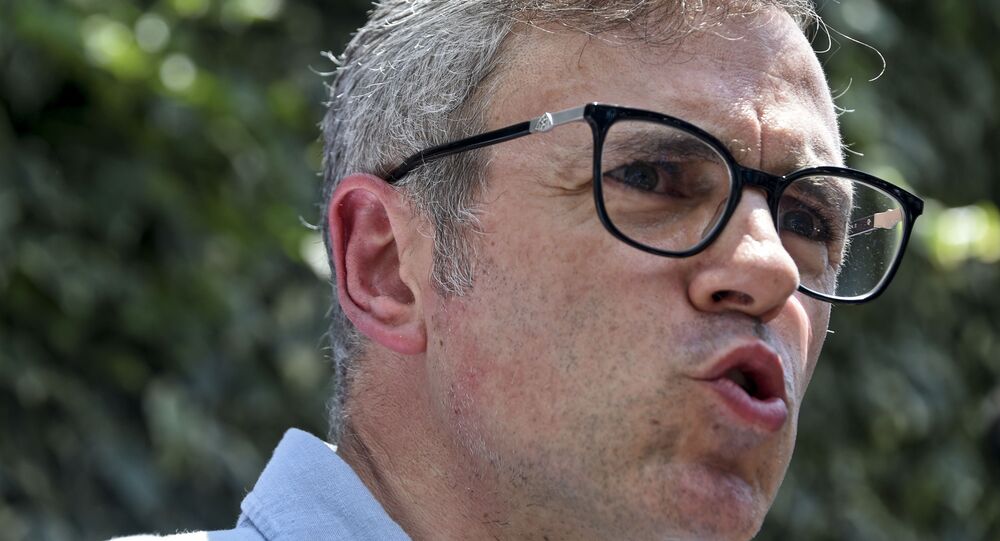 New Delhi (Sputnik) - The move came after the Indian parliament’s Upper House passed a Bill on Monday to split the State into two separate territories. Earlier, the Indian government had revoked the state's special constitutional status under Article 370.

Former Chief Ministers of the Indian state of Jammu and Kashmir Omar Abdullah and Mehbooba Mufti are amongst several prominent leaders who have been reportedly taken into custody by the authorities.

“Taking into consideration the current situation in Kashmir and strong security concerns, it has become imperative to take measures to prevent the law and order situation in Kashmir from deteriorating any further,” the Office of the Executive Magistrate in Srinagar said in an order addressed to Mehbooba Mufti.

On Sunday evening, both Mufti - the leader of People’s Democratic Party (PDP) and Omar Abdullah- Vice President of National Conference (NC) were placed under house arrest.

Mufti, the last serving Chief Minister of Jammu and Kashmir from 2016 to 2018, was taken from her home in the state capital of Srinagar to a nearby government guest house.

Article 370 provided Jammu and Kashmir with an autonomous constitution as well as key decision-making rights. But earlier in the day, the Indian Home Minister Amit Shah said that the law was an impediment to the state's growth, hampering the development of democracy and healthcare in the region, while fostering poverty and entrenching corruption in the state.

Relations between India and Pakistan have long been tense over competing claims to parts of the Kashmir region since the countries gained independence from Britain in 1947.