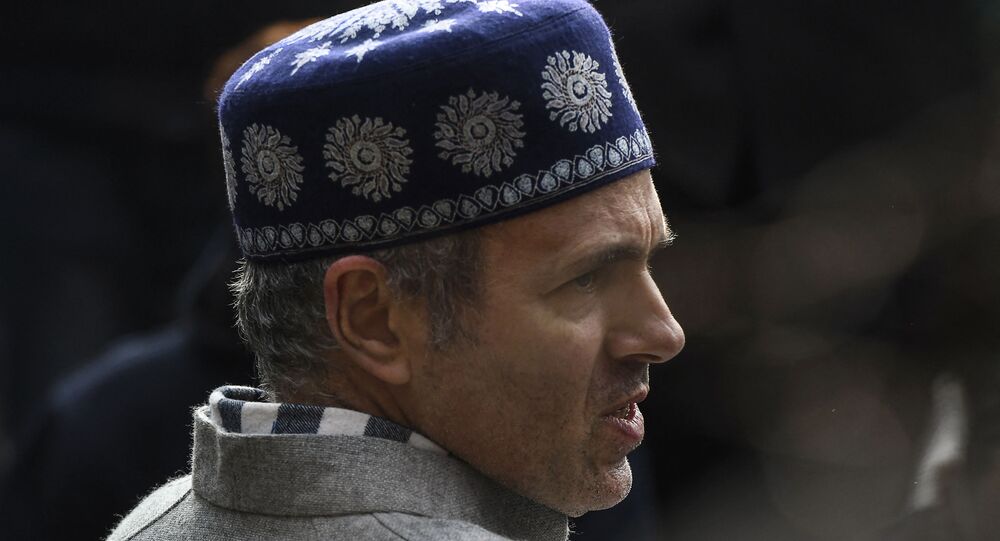 On Saturday, his fellow former Jammu and Kashmir state chief Mehbooba Mufti alleged that she had been prevented from moving out of her residence. According to media reports, the two former chiefs, Mehbooba Mufti and Omar Abdullah, were planning to address party workers.

Omar Abdullah, Jammu and Kashmir's state chief between 2009 and 2015, claimed on Sunday that he and his family - including his father and veteran parliamentarian, the 83-year-old Farooq Abdullah - have been put under house arrest by the authorities.

In a series of tweets, he posted photos of security vehicles stationed outside his residence in Gupkar Road in Srinagar and said that his sister and her children, who live next door, have been locked up as well.

​Targeting the ruling Bharatiya Janata Party (BJP) government, Abdullah said in a "new model of democracy" people are kept in their home without explanation.

Chalo, your new model of democracy means that we are kept in our homes without explanation but on top of that the staff that works in the house aren’t being allowed in and then you are surprised that I’m still angry & bitter.

​Soon after the tweet from the former state chief, the Jammu and Kashmir police said they were discouraging the movement of VIPs since it was the second anniversary of the Pulwama terror attack in which 40 CRPF troopers had been killed.

https://t.co/3Vtj1sPcvi Today is 2nd Anniversary of dreaded Lethpora Terror incident. There shall be NO ROP on ground. Due to adverse inputs, movement of VIPs/ProtectedPersons has been discouraged
and all concerned were informed in advance NOT to plan a tour today. @OmarAbdullah

Another former state chief, Mehbooba Mufti, has also alleged that she was stopped from visiting the family of Athar Mushtaq, who was killed in a controversial police encounter on 30 December 2020.

Placed under house arrest as usual for trying to visit the family of Athar Mushtaq killed allegedly in a fake encounter. His father was booked under UAPA for demanding his dead body. This the normalcy GOI wants to showcase to the EU delegation visiting Kashmir. pic.twitter.com/xFkcqTGQyV