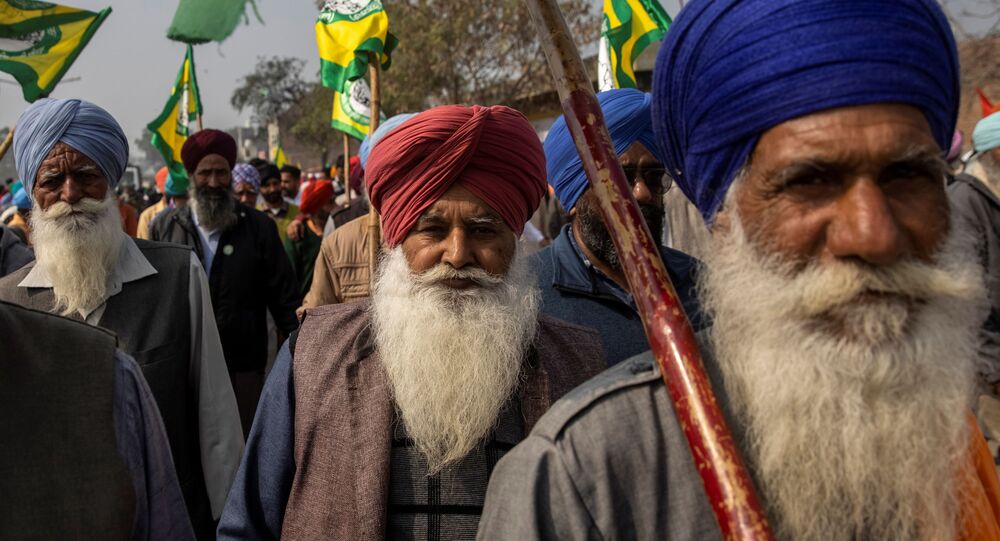 Protesting farmers have called for a 12-hour nationwide shutdown on 26 March starting from six in the morning. Farmer unions will also announce a series of events on the same day, signalling more intense protests in the coming weeks to put pressure on the federal government to roll back new farm laws.

Calling upon protesting farmers to seize Delhi, Bharatiya Kisan Union (BKU) President Rakesh Tikait has warned the government about a possible march on the capital of farmers affected by the new agricultural sector laws, saying they will sell their crops at the parliament complex.

"We will sell our crops outside the State Assemblies, Collector's offices and Parliament.... No mandi (market) can be better than the parliament", Tikait said in response to the government's claim that under the new laws farmers can sell their crops anywhere. Farmers claim the new laws promote the corporate-owned market and will have serious repercussions on their income.

Soon after violent clashes between farmers and security officials in Delhi on 26 January, farmer leaders announced they would not hold any protests or demonstrations inside the national capital. Nearly 400 policemen were injured, and one farmer died in the aforementioned protests.

Accusing the Narendra Modi government of attempting to divide the country on the lines of caste, creed, and religion, Tikait said that farmers would defeat the government's designs and show unity to get their rights.

On Wednesday, the farmers' protest entered its 118th day.

Protesting farmers, mostly from the northern Indian states of Haryana, Uttar Pradesh, Rajasthan, and Punjab, are demanding three laws passed by the federal government in September 2020 be scrapped.

The two new farm bills and one amendment that stirred this controversy are: the Farmers (Empowerment and Protection) Agreement of Price Assurance and Farm Services Act, 2020, Farmers Produce Trade and Commerce (Promotion and Facilitation) Act, 2020 and The Essential Commodities (Amendment) Act 2020. They were passed during the monsoon session of the parliament in September of last year.

The farmers believe that the new laws, which replace fixed prices in the agricultural sector with a market-driven system, will pave the way for the minimum support price system (MSP) to be dismantled, leaving them at the mercy of big agribusiness.

The government has held nine rounds of talks, so far without any result. Since 22 January, there have been no official talks between the government and the farmers.