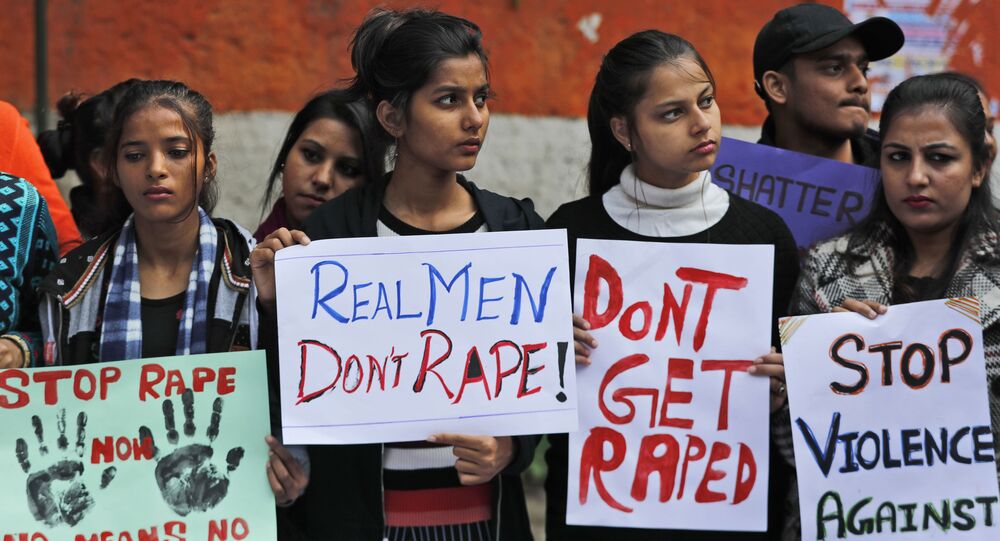 Frequent demonstrations of public anger have become the norm in India as incidences involving the brutal rape of women and children continue. Governments, both state and federal, promise the timely delivery of justice in cases but crime data shows that the situation is getting worse.

An average of 88 rapes are committed every day in India. However, for a whole host of reasons, including negligence on the part of the investigators, only one in four result in conviction.

Here we list five of the most scandalous rape cases in recent times that caused great anger.

Massive protests erupted throughout one of the country's most sensitive region of Kashmir in January 2018 after the burnt and tortured body of an eight-year-old girl was found near a temple in Kathua in the state of Jammu and Kashmir. A high-level inquiry by state police found that the girl was abducted and kept in the temple, where she was drugged and repeatedly raped before being killed.

A year after the incident, the court sentenced three of the accused to life imprisonment and three others to five years' prison. Later, the court also ordered police to file a case against six members of the Special Investigation Team (SIT), which investigated the case, for allegedly torturing and coercing witnesses to give false statements.

India’s Hathras district in Uttar Pradesh has been in the headlines since September when a 19-year-old girl was allegedly gang-raped and murdered. According to the victim's family, she was raped by four upper caste men from the village on 14 September 2020.

© CC0 / Devanath
If Not for Legal Aid & Reservations, Minorities Would Struggle to Survive in India: Sociologists
According to members of the victim's family, four to five people attacked her from behind, gagged her with her dupatta and dragged to a field where they gang-raped her. The woman suffered severe injuries on her spine and a gash on her tongue. As her condition deteriorated, she was shifted to Delhi's Safdarjung hospital. However, the woman succumbed to her injuries two weeks later, sparking massive protests and outrage across the country.

Although one of the accused mentioned in a letter to the state police that "On the day of the incident (14 September), I met her at the fields. She was along with her mother and brother. I left from there as she asked me to. After some time, I learnt that she was thrashed by her mother and brother which resulted in her death.”

The case has had political ramifications with the opposition parties accusing the Uttar Pradesh government, led by the Bharatiya Janata Party (BJP),  of laxity in law and order. The BJP government is also being criticised for improper handling of the case, especially the peculiarity of the forced mid-night cremation by local authorities without the family’s consent.

A 50-year-old woman was allegedly gang-raped and brutalised by a priest and his two associates in Badaun district of Uttar Pradesh on 3 January 2021. The post-mortem report of the deceased confirmed rape, injury in her private parts, and fractured legs.

According to the police, the woman had gone to the temple to offer prayers on the evening of 3 January. Initially, local police had tried to pass it off as an accident but when the brutality of the crime came to be known, several policemen were suspended and an FIR was filed on 5 January.

All the three accused were arrested and sent to jail. The National Commission for Women (NCW) had also taken an interest in the incident and a team had visited the victim's place too.

A 26 year-old doctor from India’s southern city of Hyderabad went missing on her way to a clinic on 27 November 2019. A day later her charred body was found near a toll plaza, causing revulsion among all civilised citizens and inspiring fear among women.

The city police suspected she might have been raped and burnt, allegedly by a group of people.

© Sputnik / Evgenyi Pahomov
4 Persons Accused in Hyderabad Rape-Murder Case Shot Dead in Police Encounter - Reports
The Hyderabad police arrested all four accused within 48 hours of the gruesome incident. A week after the incident, all the four rapists were executed by the police in a pre-dawn encounter at the very site where the young doctor was assaulted and killed.

One of the most notorious rape cases to have taken place in the country is the Nirbhaya gang rape case: six men raped and caused grievous injuries to a 23-year-old woman in a moving bus in India’s national capital, leading to her death later. It happened on the night of 16 December 2012 in South Delhi’s Munirka area. The crime sparked an outcry in different parts of India, with people demonstrating in the streets and demanding safety and security for women.

In the Nirbhaya case, the Delhi Police arrested all six rapists but the leading culprit, Ram Singh, allegedly committed suicide in jail, and another one was a juvenile and thus let off after serving three years in a reform facility.