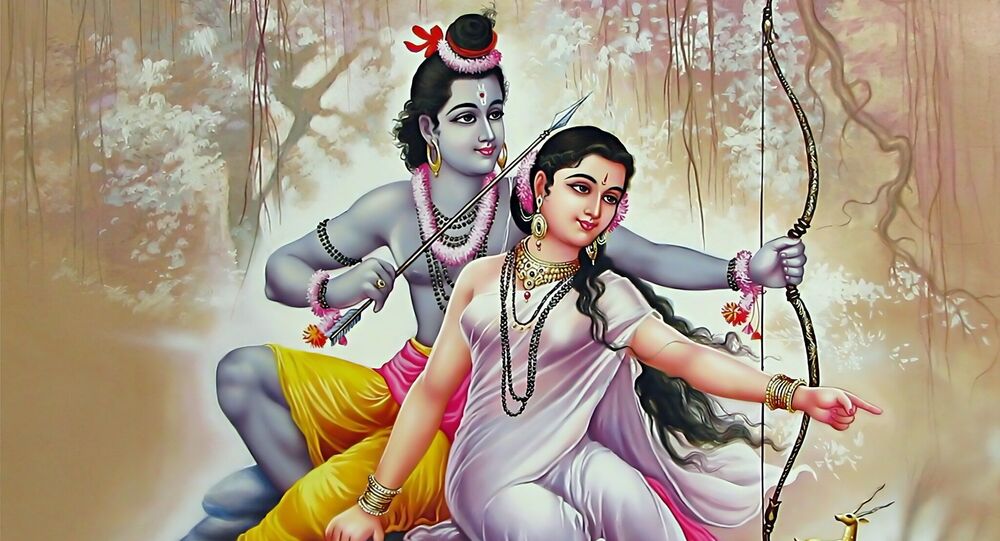 The Bharatiya Janata Party (BJP)-led Madhya Pradesh government has decided to stage Ramlila (a play re-enacting the life of the Hindu God Rama) in the 89 tribal blocks of the state from April this year. The drama will explain the influence of the Hindu god and why he is important in the lives of tribal people.

The accusations come a day after the cultural department of the Madhya Pradesh government decided to organise Ramlila to “establish the fact that the tribes were followers of Lord Rama”.

Ashok Mishra, the coordinator of the project and officer of Madhya Pradesh’s culture department, said that the dramatic re-enactment would mainly focus on tribal-related stories of the Lord Rama.

Madhya Pradesh has decided to hold Ram Lilas in the 89 tribal blocks of the state.

But, speaking to Sputnik, Chittaroopa Palit, a tribal rights activist from central India, said: “This is saffronisation of tribal culture. The government has no business interfering with anyone’s religion. Tribal people have their folklore, belief, cosmology. If Rama has any role in their folklore, they must know about it. Why are you imposing it?”

She also alleged that in the past, too, Rashtriya Swayamsevak Sangh (RSS), the Hindu parent organisation of the BJP, tried to proselytise the tribal people.

In 2010, Hindu organisations founded camps in the tribal areas, "and indigenous people were made insecure about their practices and belief”, Palit said.

The tribal people have been marginalised from Indian society through the caste system since "tribal" is considered as outside the caste structure.

Calling it an assault on the “identity of Adivasi (tribal) culture”, activist Silvia Peter said that tribal people have the freedom to practise their own religion.

“Tribal communities existed before the advent of religion. And tribal tradition and festivals are based on Mother Nature and not on any idol worship,” Peter - an expert on tribal culture and tradition - told Sputnik.

Peter also emphasised the need to adopt the Sarna code for tribal people across India.

The followers of the Sarna faith believe they pray to nature. The holy grail of the faith is water, forest and land, and its followers pray to the trees and hills and believe in protecting the forest areas.

In 2020, the Jharkhand government passed a resolution in the state legislative assembly to send the federal government a letter to recognise Sarna as a religion and include it as a separate code in the Census 2021.

Earlier in January, Hemant Soren, state chief of Jharkhand, who also comes from the tribal community, said at a Harvard University virtual seminar: “Tribal people were not Hindus in the past, nor are they Hindu now.”

However, the Hindu nationalist organisation RSS asserted that all tribal people are Hindu and those who demand a separate code for tribal or Sarna are corrupting the spirit of India’s constitution.