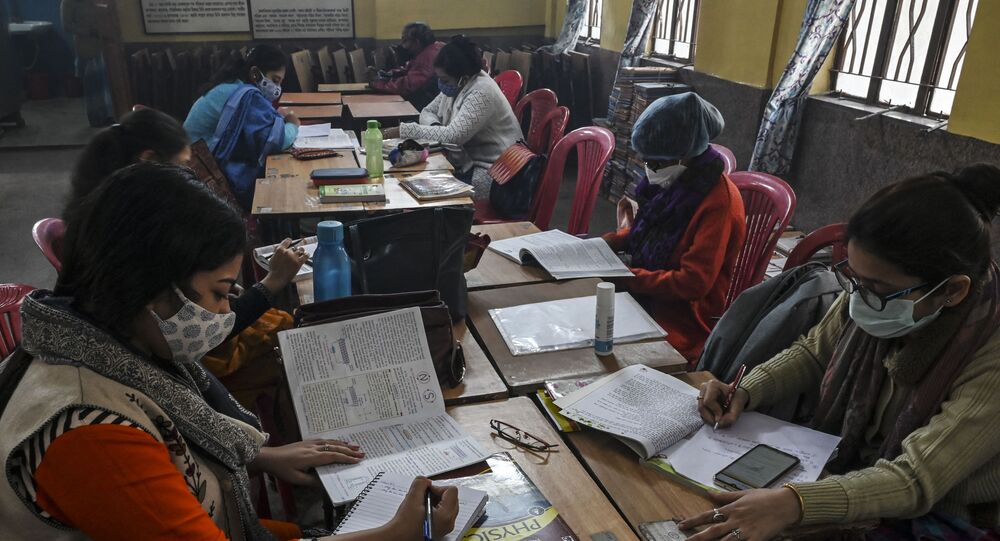 This is not the first time that these colleges have faced a salary crunch. Last year, staff from these colleges received their paychecks after a gap of four months - May, June, July, and August - from the government of Delhi.

Nearly 1,200 teaching staff members from Delhi University have not received their salaries since last December, causing them financial stress at a time when people all around are complaining of inflation.

These individuals include professors, assistant professors, lecturers, and other teachers working on an ad-hoc basis, lab technicians, librarians, and a few college principals.

Speaking to Sputnik, Rajib Ray, the President of the Delhi University Teachers' Association (DUTA), said, "The Delhi government has not released the grants for December-February [period] that were supposed to be released in November last year, and due to which teachers are struggling".

At these 12 colleges, about 50 to 60 percent of the staff is comprised of ad-hoc teachers, guest teachers, and contractual employees.

Professor Sujit Kumar, a member of the staff association at Bhim Rao Ambedkar College, said: "Teachers are struggling to make ends meets. We don't even have money to come to college. We have no choice but to hit the road, protest, and raise our voice against the government".

However, DUTA President Ray said a few colleges may decide to go on strike to protest over unpaid salaries. "But this is not a DUTA decision. We have called for a meeting on Tuesday evening, and then we will decide further".

According to Delhi government spokesperson Abhinav Rai, "Our special audit conducted in 2019 has revealed some financial irregularities. That time too, we asked the colleges to form a college governing body with the assistance of the government and clear all the dues".

"On 14 September, all the funds were released, and colleges said that they would form a governing body within ten days. However, it has been six months now", the spokesperson added.

These colleges include Keshav Mahavidyalaya, Shaheed Rajguru College for Applied Sciences for Women, Maharaja Agrasen College, and Acharya Narendra Dev College, where teaching and non-teaching staff has not been paid since December of last year.