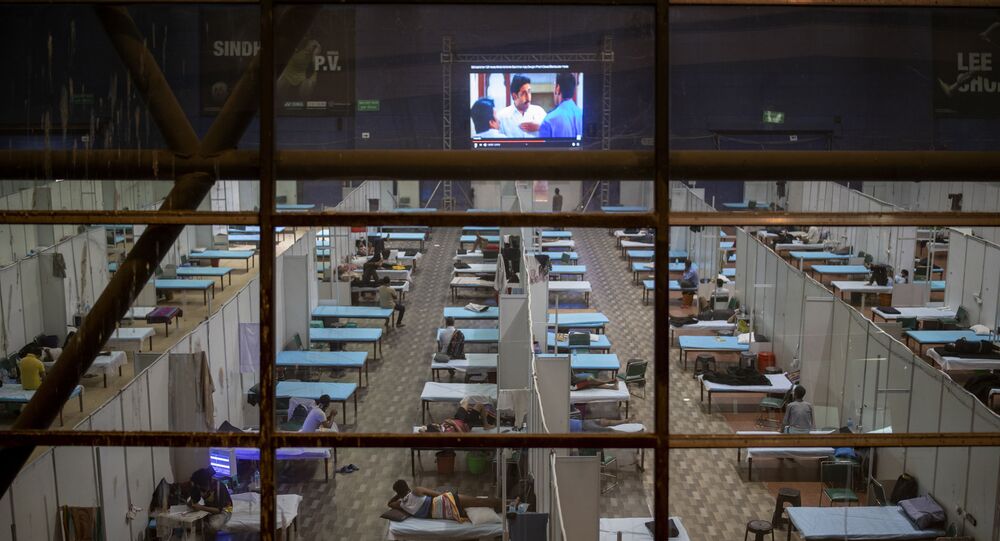 As the COVID-19 vaccination drive is set to commence on 16 January in India, Delhi’s municipal workers have threatened to not participate in the programme until their back-due wages are paid up.

Also described as the frontline workers, these people became famous as “coronavirus warriors” since the beginning of the pandemic for helping the government with COVID-tests, a serosurvey, the sanitation process, and quarantine centres among others.

“About 18,000 employees of all three corporations received duty rosters for the vaccination drive and all of them will boycott it,” A.P. Khan, the Convener of Confederation of the Municipal Corporation of Delhi (MCD) Employees Union, told Sputnik.

“We have not received the salaries for the past five to six months. We also held a protest before Diwali, the festival of lights, in November last year. But the administration just assured us. Only one-third of the people received salaries even at that time", Khan said.

The COVID-19 vaccination programme is scheduled to be carried out in 75 locations in Delhi on Saturday. These include about 35 government-run hospitals where these employees work.

The drive will start with healthcare workers – estimated to be about 300,000 in Delhi.

“We have a simple demand, pay us our salaries and we will begin our work. At this moment, we don’t have money to buy groceries, travel, or even to pay our children’s school fees. How do you expect us to work?” Khan added.

Many of these frontline workers will also get inoculated on 16 January. But many of them are refusing now. They also want insurance of the workers who will get the jab, in case, any worker develops side-effects.

“Municipal workers tested COVID-positive and nobody cared for them. And, now they are being asked to get inoculated first”, Satish Kumar Mundka, a member of Delhi Municipal Union said.

“Nurses and frontline workers don’t have the choice to refuse. What will happen if any one of them suffered any side-effects?” he wondered. “We demand an insurance of 10 million rupees ($136,903) for those who will take the vaccine.”

With 50% of COVID-19 Cases Untraceable in Delhi, Centre Gov’t Says No Community Spread in Capital