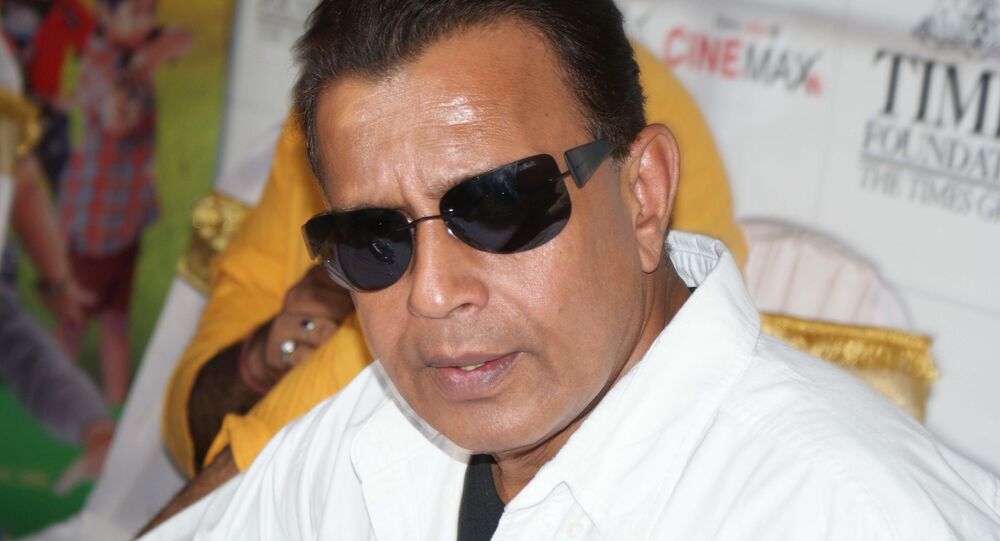 Bollywood actor Mithun Chakraborty is the recipient of two Filmfare Awards and three National Film Awards. His popularity among Bengal voters holds great significance for the BJP. Election to the 294-member state legislature of West Bengal is scheduled to be held in eight phases from 27 March to 29 April. The votes will be counted on 2 May.

Mithun Chakraborty, one of the most popular Bollywood actors of yesteryear and television presenter on dance shows, joined the federally ruling Bharatiya Janata Party (BJP) on Sunday.

He joined the BJP just before Prime Minister Narendra Modi was about to hold his first official electoral rally in the poll-bound West Bengal city of Kolkata.

Having previously joined West Bengal's presently ruling party TMC in 2014, the award-winning actor was nominated to the upper house of parliament, Rajya Sabha, on the party ticket. But he left the party in 2016, citing health issues.

"It was like a dream come true", the 70-year-old actor said after joining the BJP from the stage.

The BJP has been inducting Bengali film personalities almost en masse for the last two years.

While celebrities like Babul Supriyo, Rupa Ganguly, and Locket Chatterjee have been associated with the BJP for a long time, others like Rimjhim Mitra, Anjana Basu, and Kanchana Moitra joined the party after the 2019 elections.

The BJP is out to take the state of West Bengal. For this the BJP has not only garnered the support of actors and celebrities, but managed to convince more than 10 prominent figures from the state's ruling Trinamool Congress (TMC) to shift loyalties.

West Bengal Chief and TMC leader Mamata Banerjee is also leaving no stone unturned to prevent the BJP from claiming the state during the polls. A well-known critic of Prime Minister Modi, she has accused the BJP of stirring up hatred in a bid to win its first election in West Bengal.