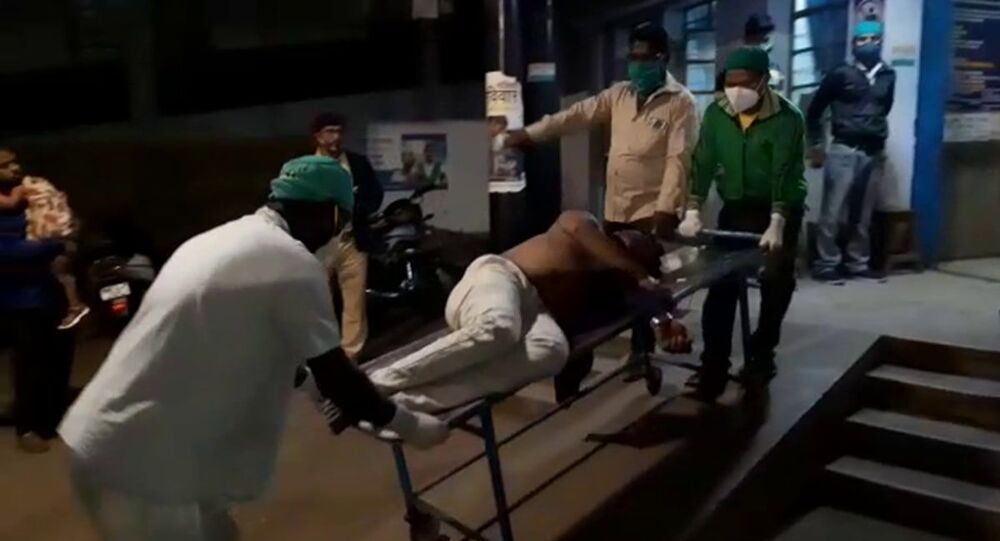 As the election in India's West Bengal state is likely to be held in April-May, incidents of vandalism, workers' clashes, and bomb attacks are being reported almost every week. On 16 February, six people had tried to break into the house of West Bengal state chief Mamata Banerjee.

A Trinamool Congress (TMC) party worker was shot dead, and three others were injured in a bomb attack in Paschim Medinipur district of India’s poll-bound West Bengal state on Tuesday night.

According to the police, four workers were sitting on the roadside when bike-riding assailants attacked them.

The deceased has been identified as Souvik Dolai. The injured have been admitted to Midnapore Medical College Hospital.

The state's ruling party Trinamool Congress (TMC) has accused its arch-rival Bharatiya Janata Party (BJP) of the attack. However, BJPs district president Samit Das termed it to be the result of in-fight within the Mamata Banerjee-led TMC.

In the past, the State chief had accused Prime Minister Narendra Modi of stirring up hatred in a bid to win elections in West Bengal.