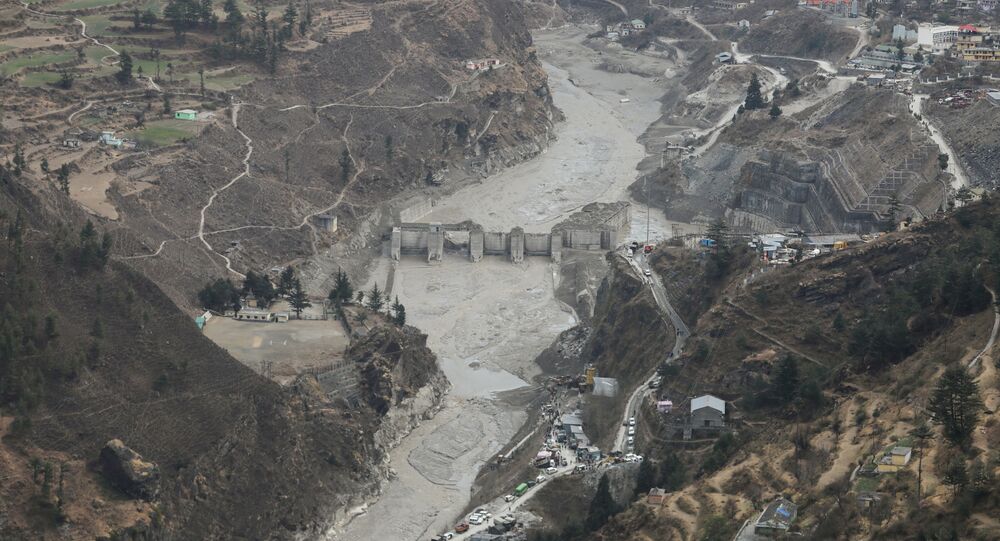 On Sunday, an avalanche in the higher reaches of mountains in the Chamoli district of India’s Uttarakhand state triggered flash floods that swept away two hydroelectric power projects and five bridges.

Rescue workers trying to access a flood-hit tunnel in India’s Uttarakhand state are losing hope of finding survivors as they continued working on Wednesday. The tunnel is still filled with debris.

Despite the rescuers managing to enter the tunnel they can't reach the part where they believe the labourers might be trapped.

Meanwhile, disturbing videos have emerged showing how dam workers were helplessly swept away.

WARNING! The following video is disturbing and may offend sensibilities

The state authorities have confirmed that by Wednesday afternoon the number of bodies recovered stood at 32. Of these bodies, nine have been identified. As many as 204 people are still missing after floods hit the area on Sunday morning.

Rescue teams have been working around the clock since the disaster struck.

As many as 13 villages were cut off after five bridges were swept away in the floods.

Relief operations have been launched out by the Indo-Tibetan Police Force with officers traversing through mountainous terrain carrying essential goods, medicines and food for the cut off villagers.