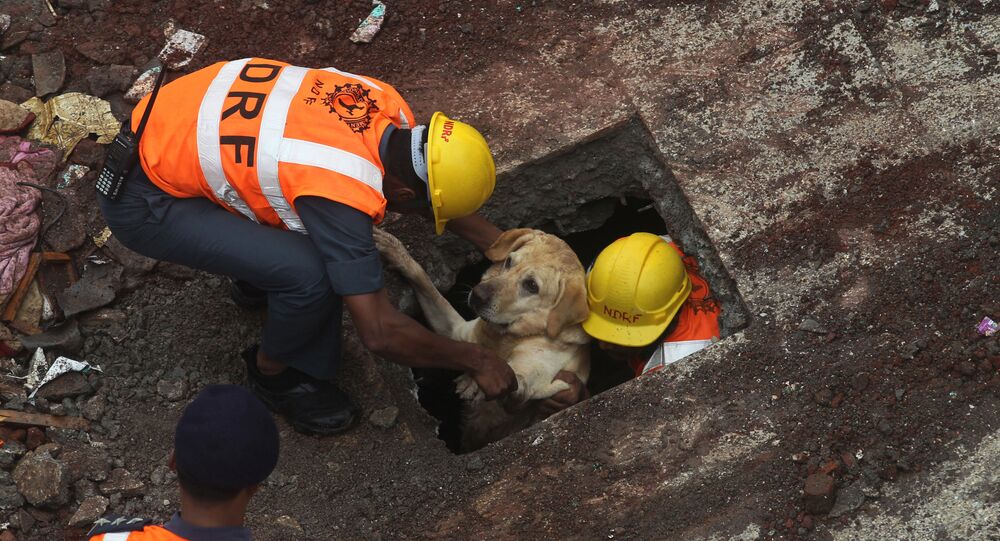 The mountainous Indian state of Uttarakhand was hit by a natural calamity on Sunday morning when a glacial burst in high-altitude mountains triggered an avalanche. This led to a deluge in the Alaknanda river system that washed away hydroelectric stations and five bridges.

The number of people feared to have been washed away in the natural disaster that hit India's Uttarakhand state on Sunday has risen to 203 as of Monday afternoon.

Uttarakhand state chief Trivendra Singh Rawat on Monday confirmed that the Rishi Ganga power project at has been completely washed away following a glacier burst, which led to a dam breach and massive flooding.

The Indian Air Force has joined hands with state authorities in rescue operations, and since Monday morning eight sorties have been carried out for the transportation of required five tonnes of load. The Air Force also air-lifted six trained dogs to the disaster site deep in the mountains to sniff out survivors.

Indian Air Force authorities have said that an advanced light helicopter has been tasked with reconnaissance of the affected area by six scientists of the Defence Research and Development Organisation (DRDO) along with their specialised equipment.

National Disaster Response Force (NDRF) Director General S.N. Pradhan has said that rescue operations will continue for 48 hours and that the authorities are facing accessibility issues since the terrain is rough.

Meanwhile, the Geological Survey of India (GSI) has also stepped in with scientists assessing the situation. Apart from ground reports, the GSI will also use data that is available through satellite imageries.

The GSI chief, Dr Ranjit Rath, has said that although it is too early to determine the cause of the incident, prima-facie, it is glacial calving at the highest altitude in the Rishiganga and Dhauliganga area and its upper reaches.