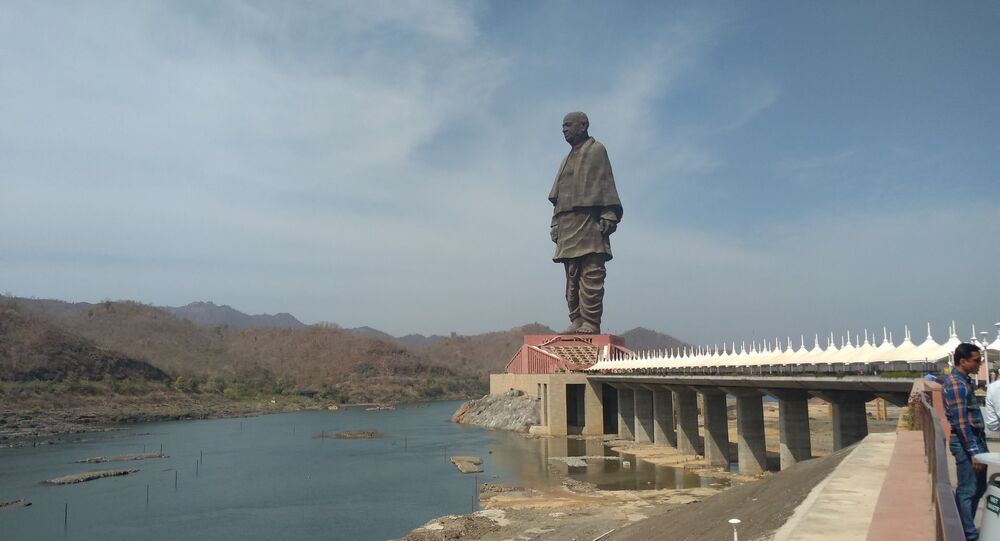 The world's tallest statue – the Statue of Unity in India's Gujarat state – stands at 182 metres tall. The colossal monument is of Sardar Vallab Bhai Patel, first deputy prime minister of independent India. He helped unite 562 princely states with a major part of the former British Raj to form the Union of India.

Indian Prime Minister Narendra Modi said on Sunday that the Statue of Unity in India's Kevadiya town in the western state of Gujarat will soon be more a popular tourist attraction than New York's Statue of Liberty in terms of visitor numbers.

After flagging off eight new trains to Kevadia via a video conference, Modi said they will increase tourist numbers to the town to over 100,000 every day.

“More than 5 mln tourists visited the Statue of Unity in Gujarat since its inauguration in October 2018 until the time the pandemic struck. A survey has estimated that about 100,000 will visit Kevadiya daily to see the Statue of Unity," the PM said.

The statue was inaugurated by Modi in October 2018 and cost $437 million. It's located on the Narmada River facing the Sardar Sarovar Dam.

You can now reach #StatueOfUnityByRail!
The programme to mark this special feat begins soon. Here are more glimpses from the Kevadia Railway Station. pic.twitter.com/0u7oyTFTF2

“When it was envisaged that Kevadiya would be a complete family tourist destination, people were skeptical and even termed it impossible as the small town had narrow roads, not many streetlights, no place for tourists to stay," Modi added. "But within a short span of few years, the small town has become a shining example of how ecology and economy can go hand in hand for speedy development. Now, there is a facility of seaplanes, good hospitals, hotels, a sprawling tent city, advanced connectivity, parks and water sports."