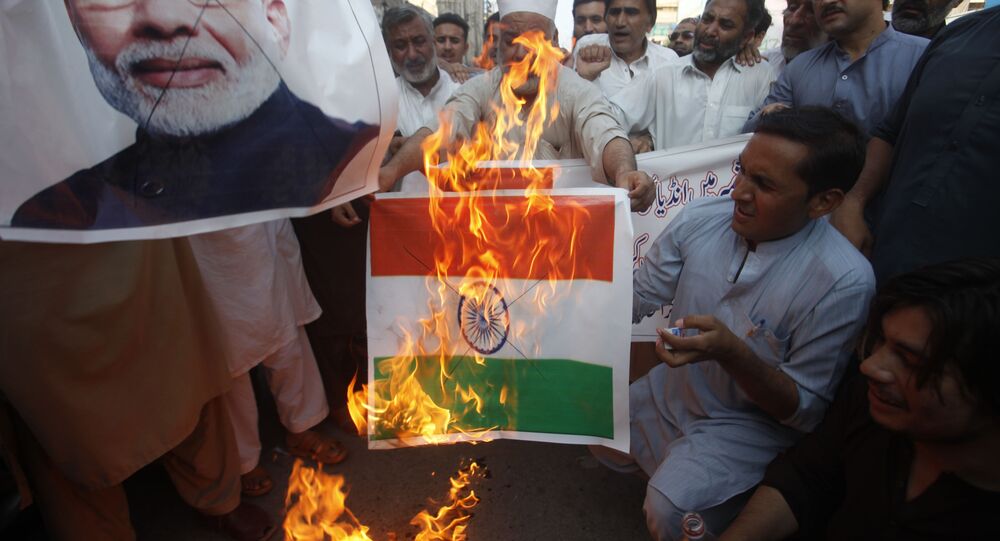 Former Indian President Pranab Mukherjee, who spent decades in the Congress party, breathed his last on 31 August last year at the age of 84. He died in Delhi days after being diagnosed with coronavirus and developing a lung infection. On his death, Prime Minister Modi had expressed his condolences.

India's former President Pranab Mukherjee has said in his memoir that Prime Minister Narendra Modi's visit to Pakistan in 2015 was "unnecessary and uncalled for, given the conditions that prevailed in India-Pakistan relations".

In December 2015, Modi made a surprise stopover in Lahore city to visit his Pakistani counterpart Nawaz Sharif, making this the first visit to Pakistan by an Indian premier in more than 10 years.

Titled 'The Presidential Years 2012-2017', the describes Mukherjee's days in the official residence – Rashtrapati Bhavan – his relations with Prime Minister Narendra Modi and his views on Congress leadership.

Released on Tuesday afternoon, the book is Mukherjee’s fourth and final volume of his memoirs. But it was a bone of contention with his children last December: Mukherjee's son wanted to stop publication, but his daughter asked that her brother not interfere with its release.

Without expressing disrespect for the former president's observations, Modi's Bharatiya Janata Party (BJP) on Wednesday emphasised the fact that before becoming the country's president, Mukherjee belonged to the BJP's arch-rival, the Congress party.

"Mukherjee was a statesman who devoted 40 years of his life to politics. His observations must be taken seriously. But, at the same time one cannot forget that he was a Congressman," BJP spokesman Sudesh Verma told Sputnik on Wednesday.

"In [Narendra Modi's] first term as Prime Minister, he tried to reach out to many foreign leaders and also made a trip to Pakistan and China. If a trip doesn't turn out to be fruitful, it is not therefore automatically unnecessary," said Verma, who has written Narendra Modi: The Game Changer.

In the 2014 parliamentary elections, Congress was defeated because it "failed miserably to fulfill people's expectations and aspirations," Mukherjee said.

Without naming names, he has also said in his memoir: "Some senior Congress leaders' political naiveté and arrogance hurt the fortunes of the party further."

Sputnik has invited Congress leaders for their comments on the book.

Mukherjee, a Congress veteran, also felt that Modi must listen to dissenting voices in the parliament, as did his predecessors in that office - "Jawaharlal Nehru, Indira Gandhi, Atal Bihari Vajpayee, or Manmohan Singh, who made their "presence felt on the floor of the House."

However, the former president says he had "a very cordial relationship with Modi".

"However, I did not hesitate to give my advice on matters of policy during our meetings. There were several times when he echoed concerns that I had voiced. I also believe that he has managed to grasp the nuances of foreign policy quickly," he said in the book, adding, "I believe in the parliamentary form of government and its principle."

Modi described Mukherjee, on his death, as "a towering statesman".