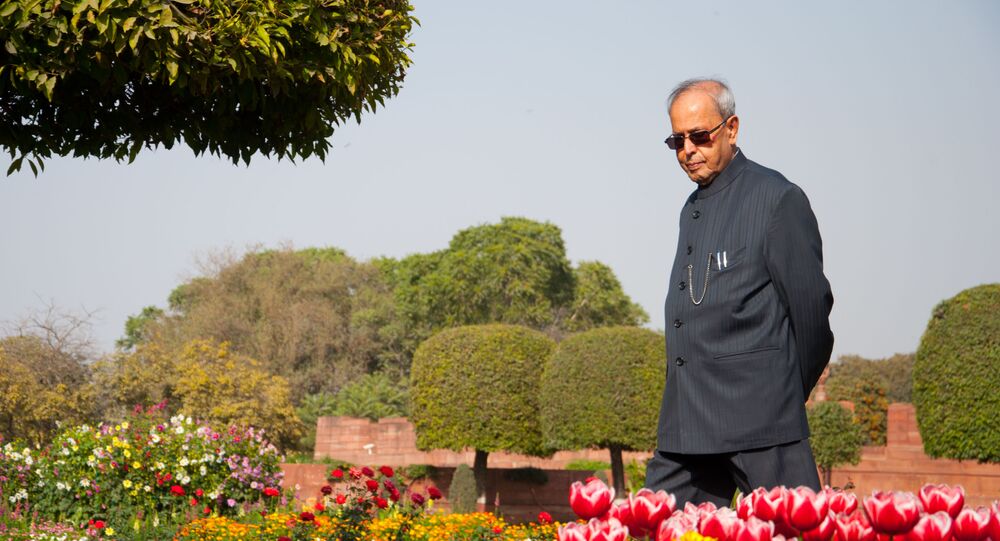 New Delhi (Sputnik): Mukherjee was admitted to an Army hospital in Delhi on 10 August for treatment for a brain clot and then tested positive for COVID-19. He later developed a lung infection and kidney dysfunction and went into a deep coma.

After former Indian President Pranab Mukherjee, 84, passed away on Monday in New Delhi after battling for his life for 20 days in hospital, the country’s political leaders have been lining up to pay their respects.

​Prime Minister Narendra Modi recalled the contribution of Mukherjee, who was “admired across the political spectrum and by all sections of society”.

​The prime Ministers of Sri Lanka and Nepal also expressed sorrow at the death of the former Indian President.

​The veteran politician served as president between 2012 and 2017. Before that, he served as a federal minister from the Congress party under three different prime ministers and managed portfolios as diverse as finance, external affairs and defence.