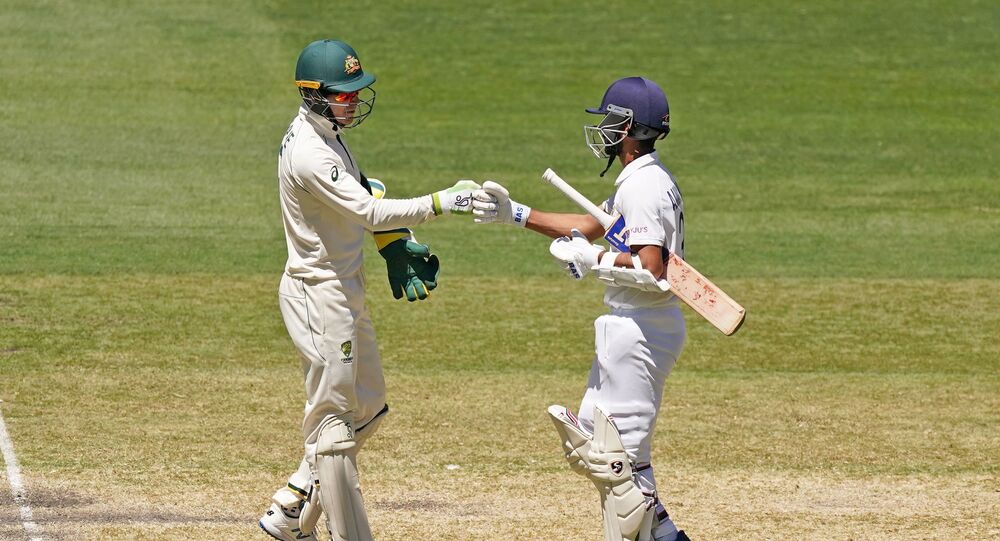 India's cricket team is undertaking a long tour to Australia to play all the three formats of the game. Despite the COVID-19 pandemic, the matches are being played with crowds at stadiums.

India defeated Australia by eight wickets to win the second Test match on Day 4 at the Melbourne Cricket Ground to level the four-match series on Tuesday.

Earlier on Day 4, the visitors bowled out the Australians for 200, with the hosts setting a modest target.

The win at the MCG was India's fourth at the ground, which makes Melbourne the team's most successful venue away from home. This is a huge feat for India, as Australia have traditionally been the toughest team to beat at home.

With both sides level at 1-1, the third Test match which will be played on 7 January is scheduled to be held on the Sydney Cricket Ground. But a rise in coronavirus cases in Sydney could see a change in the venue for the third Test.

India’s victory has gathered much praise from sports enthusiasts on social media, who have even described the win as one of the greatest overseas victories, as the Indian team was playing without their captain Virat Kohli. He returned to India for the birth of his first child.

WOW!! Incredible comeback. What a win. Fine display of mental strength and character. Congratulations to each and every member of the Squad. @BCCI #INDvAUS

Hats of Team India for a stellar comeback ! Take a bow skipper @ajinkyarahane88 for leading the side so well. And all the ex Aussie greats who said 4-0 please send SORRY messages in my Inbox :) #INDvAUS

Learning of the day...
One should never give up ‘coz after every Adelaide...there is a Melbourne too.😊

India had lost the first test at Adelaide Oval by 8 wickets.

‘Come Back To India’: Twitterati Embrace Hindu Cricketer Who Alleges Discrimination in Pakistan