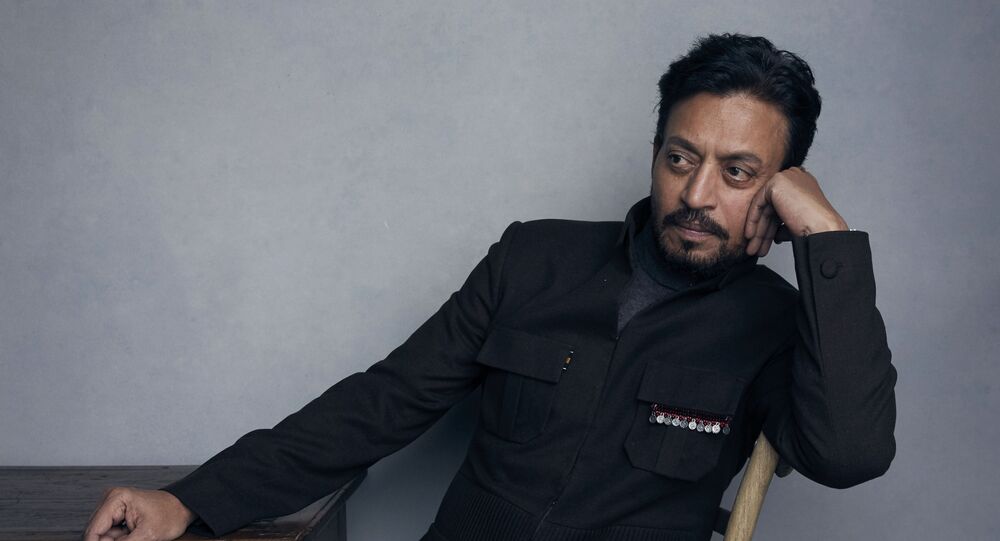 Having acted in Hindi cinema as well as British and American films, 53-year-old actor Irrfan Khan died earlier this year after a two-year battle with a neuroendocrine tumour. Irrfan's last silver screen release was Homi Adajania's "Angrezi Medium" in March.

Fans of Bollywood actor Irrfan Khan will be able to cherish watching him once again in his last movie "The Song of the Scorpions", which is set to be released in theatres next year.

The actor died on 29 April in Mumbai's Kokilaben Ambani Hospital, where he was undergoing treatment for a colon infection.

He acted in many noteworthy films including Oscar winning "Slumdog Millionaire", "Salaam Bombay", "The Namesake", "The Lunchbox", and "Hindi Medium".

"The Song of the Scorpions", written and directed by filmmaker Anup Singh and presented by filmmakers Panorma Spotlight and 70mm Talkies, stars Irrfan Khan, Iranian actor Golshifteh Farahani, and veteran Bollywood actress Waheeda Rehman, who will be appearing in her first film after a long hiatus.

​The filmmakers made this announcement today.

The movie is set in the Sindhi Muslim community of the Thar Desert in the Indian state of Rajasthan. It revolves around a young tribal woman, who tries to overcome a betrayal to find her voice. Irrfan Khan plays the role of a camel trader in the movie.

A statement by Panorama Spotlight said it will be a tribute to Irrfan Khan.

"We will be offering this film to audiences as a tribute to the beloved star of Indian cinema. The era of cinema in India and abroad has benefitted from his acting prowess and we're happy to have canvassed his swan song".

Irrfan Khan's fans and netizens have since taken to Twitter to express their excitement at learning about the film's release in 2021.