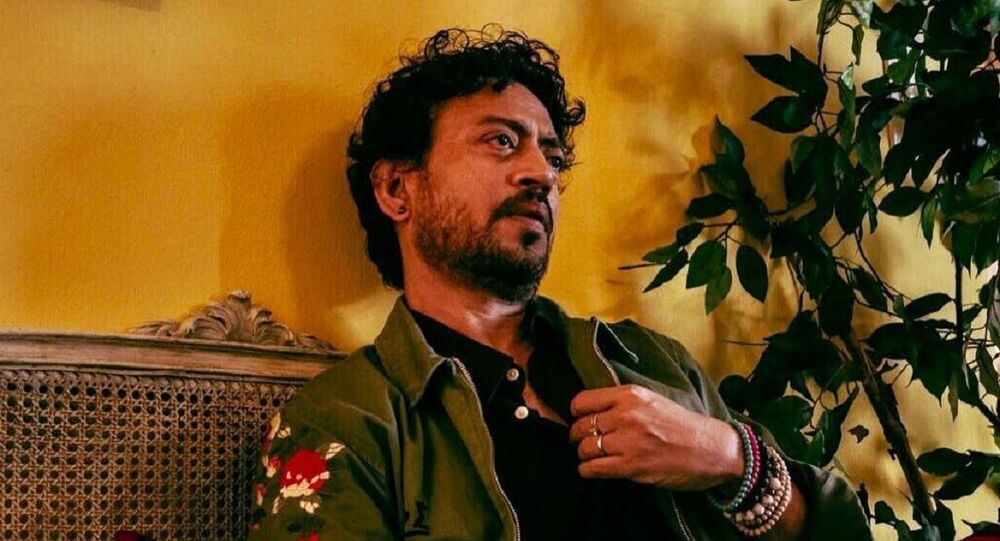 Back in 2018, the Indian actor announced that he had been diagnosed with a rare neuroendocrine tumour.

Bollywood star Irrfan Khan has died at the age of 53, after being admitted to Mumbai’s Kokilaben Dhirubhai Ambani Hospital on Tuesday.

"Irrfan was buried at the Versova kabrastan in Mumbai at 3pm this afternoon soon after the news of his passing away was announced. In presence were his family, close relatives and friends. Everyone paid their final respects and mourned the loss of his passing away. We pray for his peace and we hope he’s in a better place today. He was strong in his fight, and we all have to be strong too in this loss", a spokesperson for the actor said.

The news of his death was earlier shared on Twitter by filmmaker Shoojit Sircar.

Khan, known internationally for roles in Slumdog Millionaire and Jurassic Park, was admitted to the intensive care unit of Mumbai’s Kokilaben Dhirubhai Ambani Hospital with a colon infection on Tuesday.

Once the news broke, Twitter was flooded with reactions to Khan's sudden passing:

Nothing can be more heartbreaking and tragic than the news of passing away of a dear friend, one of the finest actors and a wonderful human being #IrrfanKhan. Saddest day!! May his soul rest in peace. #OmShanti 🙏 pic.twitter.com/QSm05p7PfU

An actor that every director wanted to work with. A human being that gave his best in every role. Indian film’s most succesful export to Hollywood. A man loved by all. Sad to see #IrrfanKhan leave us, after what we thought was suucesfull fight against cancer. God bess you Irfan .

Really sad day, Made me feel so low .
What an actor !!
RIP Irfan khan 😑#IrrfanKhan pic.twitter.com/v5BBfAwJ7Z

Can’t believe what’s happened. Still in shock. Honestly for me Irfan sir you were the benchmark for acting in our country.. so heartbreaking to hear this piece of news. May your soul rest in peace .. #IrrfanKhan 🙏🏻

Words fail to describe my sense of shock and horror to learn about Irrfan Khan’s passing away. My prayers and deepest condolences are with the family at this grave hour. India’s lost one of her biggest icons today. Our world left for the poorer... #IrrfanKhan #Forever

The 53-year-old, who was diagnosed with a rare form of neuroendocrine tumour two years ago, lost his 95-year-old mother Saeeda Begum in Jaipur just three days prior to his own passing.

He underwent treatment for the tumour in the US and returned to India to complete filming for his last film – Angrezi Medium, which was released earlier this year.