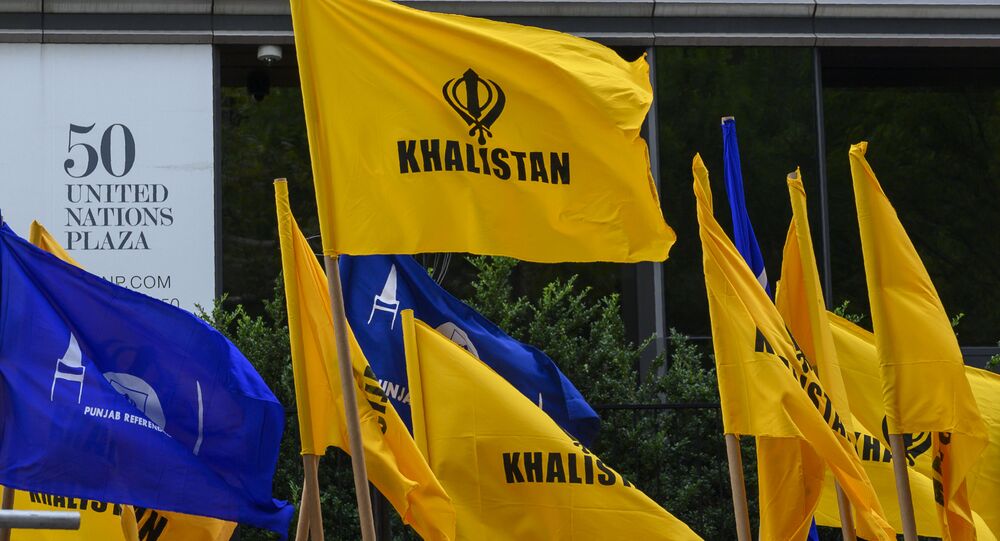 The new farm laws have faced massive protests from opposition parties and farmers ever since the Indian government passed them. The government has alleged that anti-national elements have infiltrated the protests and warned that strict action will be taken against them.

The Indian government is all set to launch a major crackdown on Khalistan organisations, secessionists who seek to create a homeland for people of the Sikh faith and wish to establish it as a sovereign state. The organisation is banned in India.

According to sources in the Indian Home Ministry, different teams have been formed to unearth purported foreign funding for these movements.

"Several federal agencies' teams would also check different organisations associated with the Khalistani movement. Terror funding from countries like the UK, Canada, the US, Australia, France and Germany are on the radar", the source revealed to Sputnik.

The official further mentioned that the decision was made in a recent meeting after Khalistanis held several protests outside Indian embassies in different countries coming out in support of the farmers in India.

Earlier this month, Delhi Police arrested five suspected terrorists following a gunfight who are believed to be linked to the Khalistan movement.

Since 26 November, farmers have blocked roads in Uttar Pradesh and Haryana states connecting Delhi in protest against recently passed laws. Supporters of the governing Bharatiya Janata Party have claimed that the demonstrators are Khalistanis and not farmers. They have also claimed the protests are being funded by Khalistanis. The protesting farmers have denied these accusations.

The demonstrations are against the Farmers (Empowerment and Protection) Agreement of Price Assurance and Farm Services Act, 2020, Farmers Produce Trade and Commerce (Promotion and Facilitation) Act, 2020, and the Essential Commodities (Amendment) Act, 2020.

The farmers believe that the new laws will pave the way for the dismantling of the minimum support price system (MSP), leaving them at the mercy of big corporations.