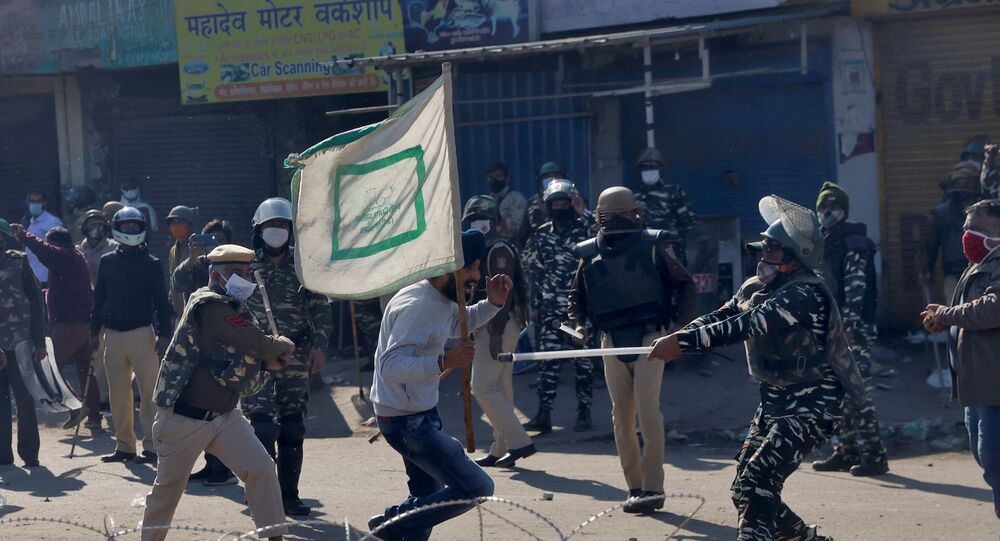 Farmers from three agricultural states – Madhya Pradesh (MP), Uttar Pradesh (UP) and Uttarakhand on Saturday are poised to join protesters from Punjab and Haryana in India's capital. Given the ongoing pandemic and the Delhi police saying that they wouldn't allow the newest wave of protesting farmers into the city, a plausible stand-off on Delhi's borders is also expected.

The three laws passed during the monsoon session of the parliament in September that are being opposed by the farmers are -  The Farmers’ Produce Trade and Commerce (Promotion and Facilitation) Act, 2020, the Farmers (Empowerment and Protection) Agreement on Price Assurance and Farm Services Act, 2020, and the Essential Commodities (Amendment) Act 2020.

The Farmers Produce Trade and Commerce Bill 2020 directs farmers to sell their produce at places aside from their designated Agricultural Produce Market Committee (APMC) markets. The APMC is a state-government-backed marketing board that ensures that farmers are safeguarded from exploitation by large retailers.

© AP Photo / Anupam Nath
Key Ally of India’s Ruling BJP Likely to Quit Over Passage of Farm Bills, Sources Say
The Farmers Agreement on Price Assurance and Farm Services Bill is aimed to facilitate contract farming projects to the farmers, by virtue of which they can enter into supply agreements with private firms for remunerative and pre-decided prices.

Meanwhile, the amendment to the Essential Commodities Act is aimed at removing stock limits on farm produce so that traders maintain stock freely without fear of hoarding charges.

These three new laws have not been received well by the agricultural communities in India. Opponents contend that Prime Minister Narendra Modi’s government is backing away from its role as a price guarantor by allowing produce pricing to be influenced by market forces.

The farmers, organised under the aegis of 30 farm associations, are protesting the aforementioned laws, particularly the Farmers Agreement on Price Assurance and Farm Services Bill and the Farmers Produce Trade and Commerce Bill.

Thousands of farmers were finally allowed to enter Delhi on the evening of 27 November on the condition that the protests would be peaceful.

Delhi Police personnel have been heavily deployed along the borders of the national capital region (NCR) to keep the situation in order.