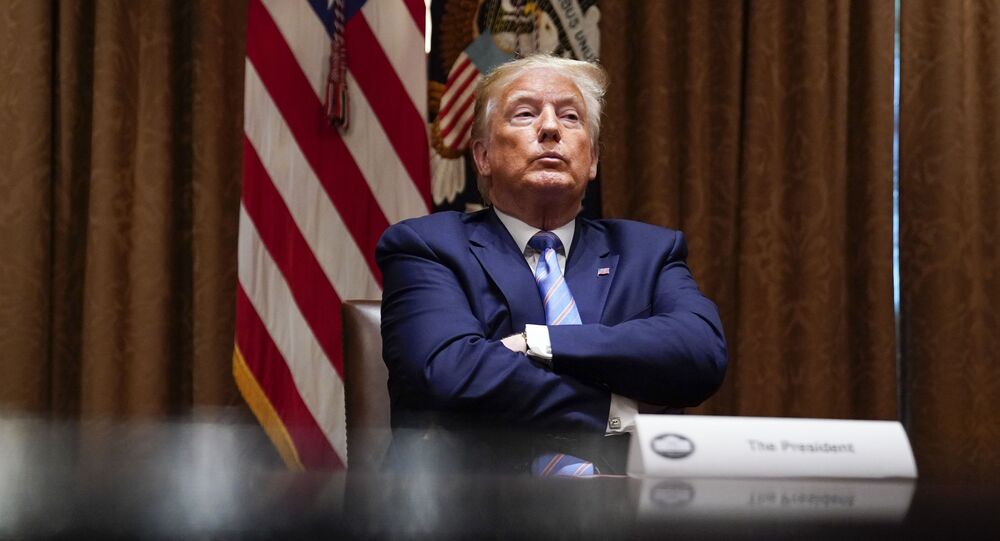 Pre-election surveys of Indian-American voters found that the community was being actively courted by both Donald Trump and Joe Biden, particularly in battleground states such as Pennsylvania, Michigan and New Hampshire.

The “racism” of US President Donald Trump to the Indian-American community has “hurt” the Republican Party’s electoral prospects among the influential immigrant community, despite the incumbent leader playing up his friendship with Indian Prime Minister Narendra Modi during his campaign, Indian-American academics have told Sputnik.

“I do think that there is a sense among Indian Americans that the Republican Party, particularly under Trump, hasn't been welcoming of Indian Americans (or other ethnic minority groups),” says Rani D Mullen, an Associate Professor at Virginia-based College of William & Mary.

She suggests that perceived racism had emerged as a key issue in the Indian-American voter attitudes survey, carried out by US-based thinktank Carnegie Endowment for International Peace last month.

“A majority of Indian American voters tend to be more liberal,” she notes, adding that even a Democrat contender for the House of Representatives, Sri Preston Kulkarni lost in Texas because of his alleged proximity to the Rashtriya Swayamsevak Sangh (RSS), a Hindu nationalist outfit considered the ideological mentor of India’s governing Bharatiya Janata Party (BJP).

All the four Indian Americans elected to the House of Representatives are from the Democrat Party, and Dr Hiral Tipirneni is engaged in a neck and neck contest with five-term Republican representative David Schweikert in Arizona.

“In considerable part Indian Americans support Biden because they are highly educated as a group, they fear the racism Trump has unleashed and they understandably oppose Trump’s immigration policies,” Mullen, an expert in South Asian studies, suggests.

Mullen further accused Trump of “using” his friendship with PM Modi only when it was “opportune” for him.

Trump’s campaign has been vocal about his closeness to the Indian PM, an electoral plank to solicit votes from the two million-strong Indian-American voters. The two leaders held a massive public event, Howdy Modi, at a stadium in Houston last year during Prime Minister Modi’s last visit to the US.

There are nearly four million people of Indian origin in the US, making the community the second-fastest growing immigrant group, next only to Mexican immigrants.

“So, one was not really convinced of the great Trump-Modi friendship, least of all the Indian Americans who have experienced the less-than-welcoming tone of Trump Republicans towards immigrants and minorities. That friendship was used by Trump when it was opportune for him,” claims Mullen.

The academic further reckons that the nomination of Indian origin senator Kamala Harris also “re-energised” the Democrats in the run-up to the 3 November presidential vote.

Sumit Ganguly, a professor of Political Science at Indiana University, believes that the election results proved that the Democrats had further expanded their base among the Indian Americans.

“Yes, I believe that Democrats have expanded their base. In pre-election surveys it appeared that 75 per cent of Indian Americans supported Biden and 22 per cent supported Trump,” he says.

Joe Biden has secured 254 of the 270 electoral votes required to be declared the winner in the 538-member US Electoral College, as of Thursday. He had already claimed on Wednesday that he was on the way to becoming the next American President. Trump, on the other hand, was trailing with 214 electoral votes.