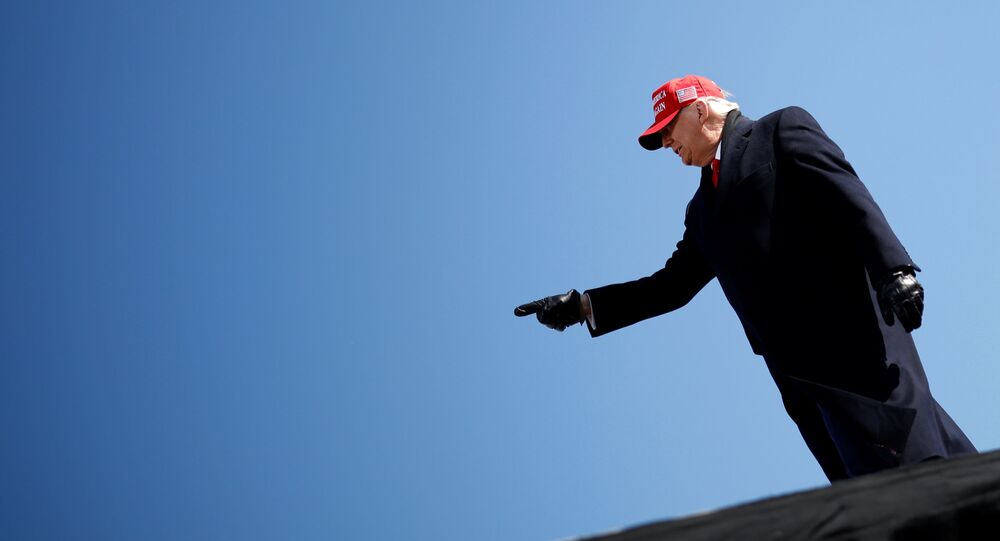 US President Donald Trump's campaign announced on Wednesday that it has filed lawsuits to halt ballot counting in Michigan and Georgia and has also taken legal action to change the ballot receipt deadline in Pennsylvania.

"As votes in Michigan continue to be counted, the presidential race in the state remains extremely tight as we always knew it would be," Bill Stepien, Trump's 2020 campaign manager, said in a statement.

The statement notes that the Trump campaign has not been provided access to counting locations to observe the counting process, which is guaranteed by Michigan law.

​"We have filed suit today in the Michigan Court of Claims to halt counting until meaningful access has been granted," the statement adds.

"We also demand to review those ballots which were opened and counted while we did not have meaningful access. President Trump is committed to ensuring that all legal votes are counted in Michigan and everywhere else," the statement continues.

The latest data by the Associated Press shows that Michigan is currently leaning blue, with 99% of votes counted.

In a separate statement, Trump's campaign team said it has taken legal action over what it describes as the "Pennsylvania Supreme Court's unlawful extension of the mail-in ballot receipt deadline," claims of "hiding ballot counting and processing" and making allegations that Pennsylvania Democrats allegedly attempted to violate the Help America Vote Act.

In a call with reporters, Stepien also reportedly claimed that "we are declaring a victory in Pennsylvania."

Later on Wednesday, the Trump campaign announced its third lawsuit, this time for Georgia.

Unlike the Michigan and Pennsylvania lawsuits, the Georgia gambit aimed to "require all Georgia counties to separate any and all late-arriving ballots", without demanding a halt to the ballot counting.

​The elections director for Fulton County, the largest county in Georgia, said that vote counting would be completed Wednesday night, according to Reuters.

The fate of the US presidency appears to be in the hands of the remaining battleground states of Pennsylvania and Nevada. Currently, Biden is leading in the hotly-contested presidential race, with 264 electoral votes, according to AP. Trump is trailing behind with 214 electoral votes.

Protesters Gather in Washington DC After US Presidential Election