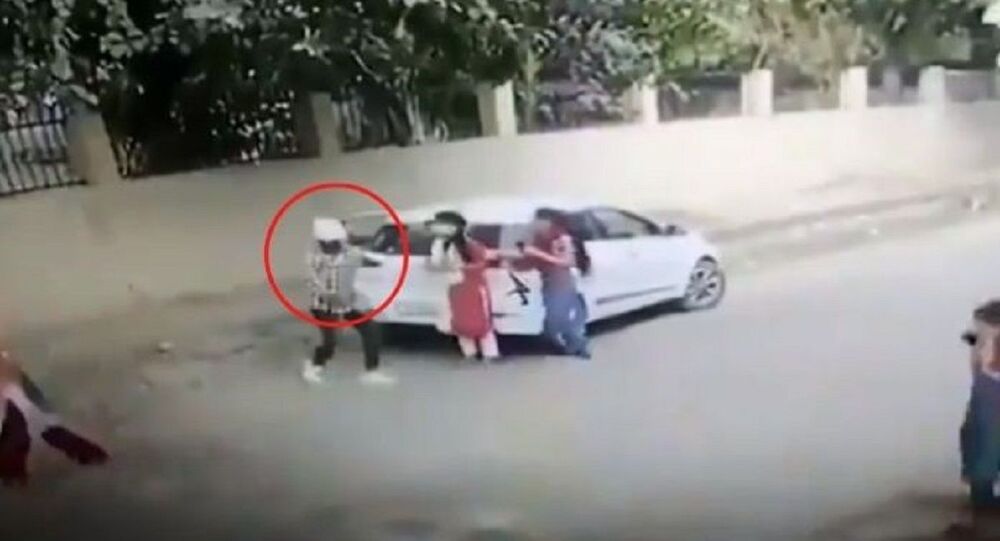 An incident caught on camera of a girl who is murdered in broad daylight while resisting abduction has gone viral on India's social media, leading to outrage in parts of country and trending #LoveJihad, a term often used for the alleged conspiracy by Muslim men to court Hindu women into marrying them by converting to Islam.

The family of a 21-year-old woman, who was shot dead outside her college in Haryana's Faridabad district on Monday, allege that the murderer was trying to force the girl to convert to Islam.

According to reports, the accused and the woman knew each other from school and the family had already lodged a complaint about harassment and molestation to the police.

“He was repeatedly trying to force her to become Muslim. He committed an incident three years ago but we received satisfaction through a local court. He again started calling her some time back urging her to marry him. After she refused, they killed her,” a family member of the woman said on Times Now, demanding the enquiry into the murder be fast-tracked.

CCTV footage shows a girl named Nikita Tomar being shot dead by an assailant (Taufeeq) outside her college in Ballabgarh, Faridabad. Shooter and associate flees in car. Police have arrested Taufeeq. pic.twitter.com/idOPIDZfDo

The case originally focused on women's safety but since the relation made the claim, it has now shifted to a love jihad conspiracy. #LoveJihad is trending on Twitter in India with several demanding punishment for the accused.

Another day but same story!!

Hindu girl killed by her Jihadi Muslim boyfriend. Man is from Mewat.#LoveJihaad pic.twitter.com/RSpx11G8xx

The accused, identified as Tauseef, tried to force the woman, Nikita Tomar, into the car. As she resisted, one of the accused shot her and left the scene of the crime, as may be seen in the CCTV footage. The woman died of her injuries in hospital.