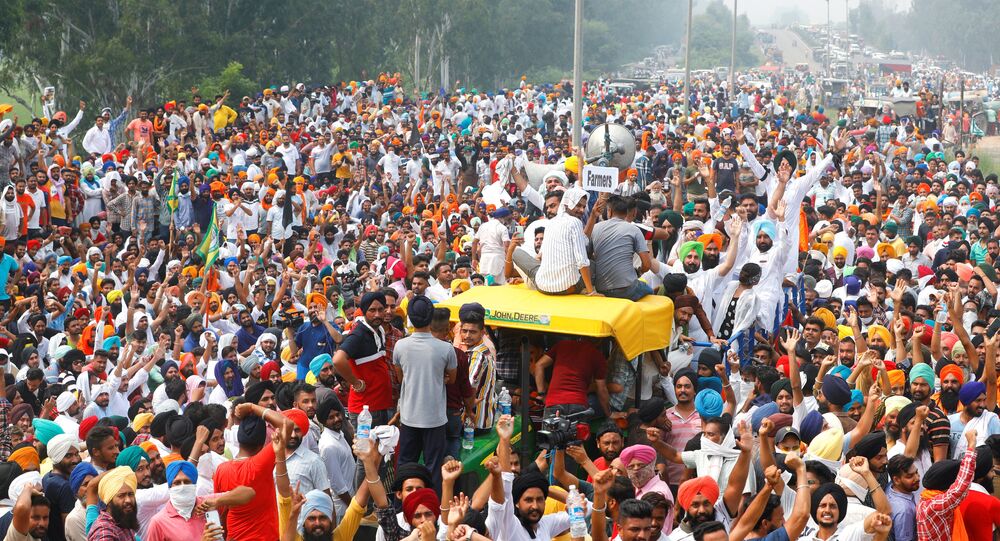 Congress party politician Singh moved a resolution on the second day of a special assembly session in Punjab over the contentious farm laws.

“The three farm legislations, along with the proposed Electricity (Amendment) Bill 2020, are clearly against the interests of farmers and landless workers, and a time-tested agriculture marketing system, established not only in Punjab but also in Haryana, and Western Uttar Pradesh,” Singh told the Assembly.

On Monday, Punjab's opposition parties slammed Singh for not tabling the bills on the first day of the special Assembly session. Aam Aadmi Party lawmakers staged sit-protests which lasted all night in the House.

While India's agriculture sector employs about half of the country's 1.35 billion people, equal to approximately twice the population of the US, it accounts for less than 15 percent of the nation's $2.9 trillion economy.

The people in the northern states of Punjab and Haryana, dubbed India’s grain bowls, oppose farm laws, as they are concerned that the new legislation will give power to big agrobusiness by depriving small farmers of state-guaranteed minimum prices for their produce.