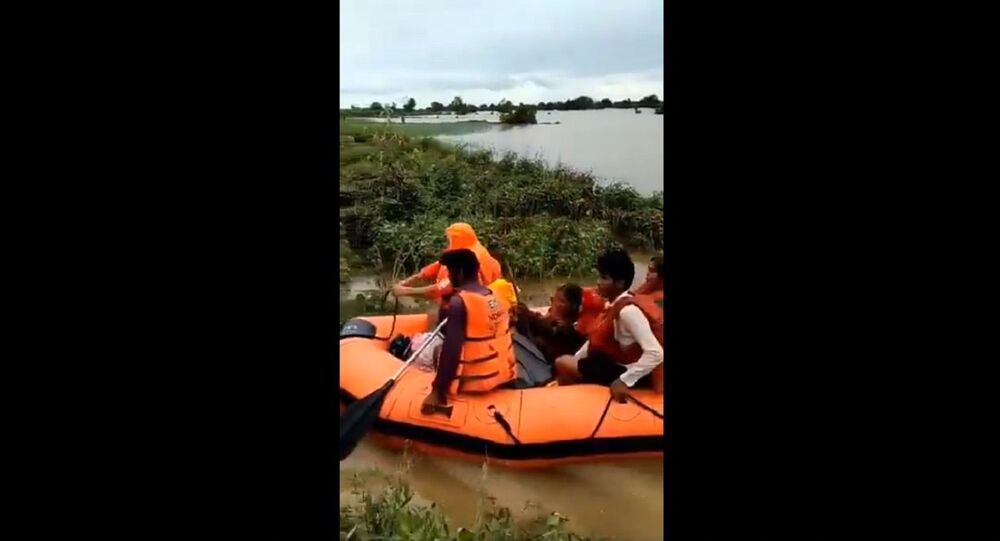 Heavy torrential rainfall has unleashed a catastrophe on southern India where over 60 people have died so far in Andhra Pradesh, Telangana, and Maharashtra. Over 100,000 people have been displaced and moved to relief camps.

Twenty-seven people have died in the Indian state of Maharashtra in rain-related incidents and over 29,292 people have been evacuated to safer locations.

The Maharashtra districts of Pune, Solapur, Sangli, Satara, and Kolhapur are facing a flood-like situation as the downpours continued, leading to widespread flooding.

Videos of submerged roads, floating cars, and rescuers carrying out evacuations in southern India have left people in other parts of the country in shock.

#Pune: Locals in #Indapur rescue a man with the help of a #JCB machine who washed away in an overflowing stream, due to heavy #Rainfall.#Maharashtra #punerains #rain #PuneRain pic.twitter.com/SkoNlWveLw

Visuals from #HingneKhurd area in #Pune. Torrential #rain is battering the city since the morning hours of Oct 14 due to the low pressure area over #Maharashtra.

Heavy rainfall will continue to wreak havoc over parts of Gujarat and Maharashtra, the India Meteorological Department predicted on Friday. Rainfall is also likely to occur over northern peninsular India and adjoining areas as well as east Rajasthan and south Uttar Pradesh.

The National Disaster Response Force has deployed four teams in various districts of Maharashtra to carry out relief and evacuation work.

In a major relief to Telangana and Andhra Pradesh, where over 50 people and 15 people have died respectively, water has started receding in the deluged areas.

Telangana Chief K Chandrasekhar Rao confirmed that the state has suffered Rs 5,000 crore losses due to flash floods, as well as crop and infrastructure damage. The state government has announced ex-gratia of Rs. 500,000 to the families of those who lost their lives in the floods.