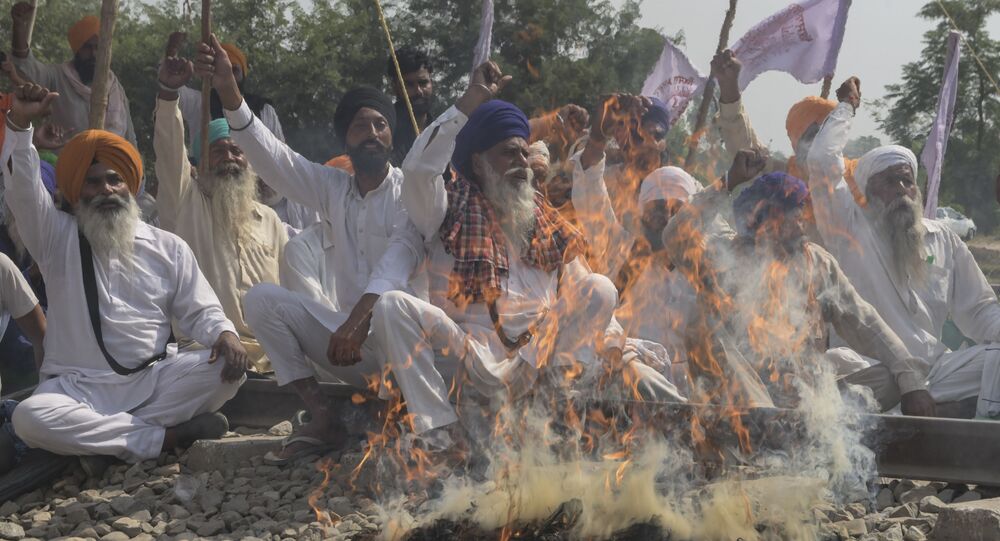 India’s federal government enacted new legislation for farm sector reforms. The laws angered a large number of farmers, especially in the two states of Punjab and Haryana and certain opposition parties including the Congress party, but the Government defended the legislation, saying it was in the interests of farmers.

India's Supreme Court on Monday served notice to the federal government on three petitions challenging the farm laws enacted by it. The court has given a week for the government to respond.

The three laws - the Farmers Produce Trade and Commerce (Agriculture and Promotion) Act, 2020, Farmers (Empowerment and Protection) Agreement on Price Assurance and Farm Services Act and the Essential Commodities (Amendment) Act 2020 - were challenged by Manohar Lal Sharma of the Chhattisgarh Kisan (Farmers) Congress and Tiruchi Siva, opposition lawmaker in the upper house of Parliament, Rajya Sabha.

The first law seeks to enable farmers to sell their produce in places outside the market yards regulated by the Agriculture Produce Marketing Committees (APMC) established by various state laws.

The second provides for a legal framework for contract-farming agreements. The third Act seeks to relax the food-stock limits and the price control over food items such as cereals, pulses, potatoes, onions, edible oil seeds, and oils under the Essential Commodities Act.

The petitioners said that the laws would lead to dismantling of the APMC market yard system which is intended to assure fair prices for farm products and leave small farmers at risk of being exploited by big corporates.

They also questioned whether Parliament had the authority to enact laws on agriculture and agriculture trade that were in the exclusive domains of states.

The passage of the legislations has also angered one of the ruling Bharatiya Janata Party's oldest allies, the Shiromani Akali Dal, a regional party mainly representing the minority Sikh community. It first withdrew its representative from the federal ministry and later quit the alliance over the decision.

Rahul Gandhi, past head of the opposition Congress party, also had held a three-day "tractor rally" across Punjab and Haryana from 4 October to oppose the legislations.

But Prime Minister Narendra Modi has assured the farmers that the system of price support or minimum support price (MSP) would remain. He has defended the legislation and claimed the reforms will help to rid India’s vast farm sector of antiquated laws and allow farmers to sell to large corporates and retailers such as Walmart.