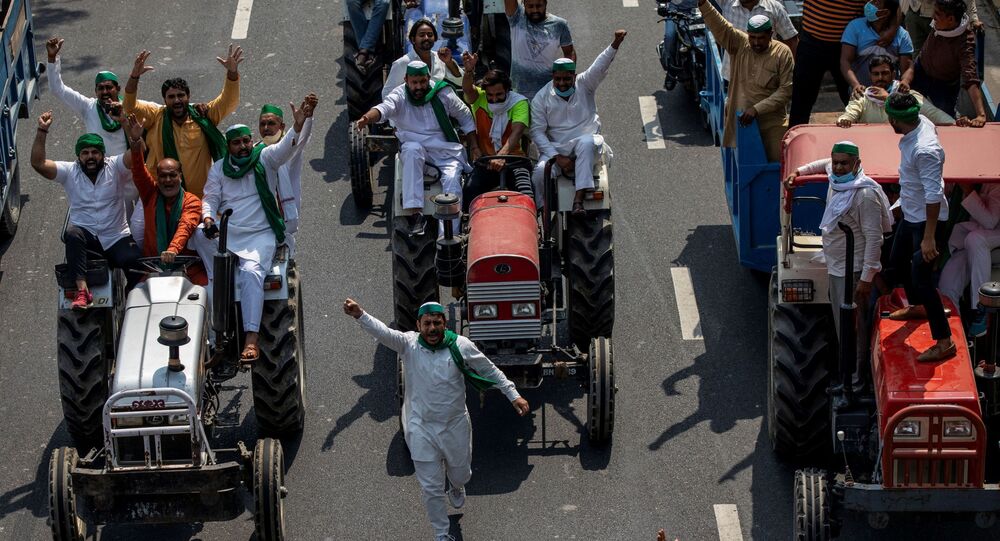 The Indian government has enacted three farm laws, which are strongly opposed by opposition parties and farmers who say they give power to corporates, leaving farmers deprived of fair prices for their produce.

“The British had to quit India as it had destroyed the farming community. [Prime Minister Narendra] Modi too has the same objective – break the backbone of farmers and handover everything to Adani, Ambani-like people [businessmen Gautam Adani and Mukesh Ambani]. It is essential to change this,” said Rahul Gandhi at one of the rallies.

​During the three-day rallies, Rahul Gandhi will cover the entire length and breadth of Punjab, while adhering to COVID-19 guidelines.

Farmers in the agrarian states of Punjab and Haryana have been agitating since the issue came up in Parliament, blocking national highways and railway traffic.

One of their main contentions is that the new legislations would bring to an end the price protection given by the federal government and they would be at the mercy of private procurement agencies.

The passage of the legislations has also angered one of the oldest allies of the ruling Bharatiya Janata Party (BJP). Shiromani Akali Dal, a regional party predominantly representing the minority Sikh community, which first withdrew its representative from the federal ministry and later quit the alliance too over the decision.

Prime Minister Narendra Modi has assured the farmers that the system of price support (MSP) would remain. He defended the legislation and claimed the reforms would help rid India’s vast farm sector of antiquated laws and allow farmers to sell to large corporates and retailers such as Walmart.