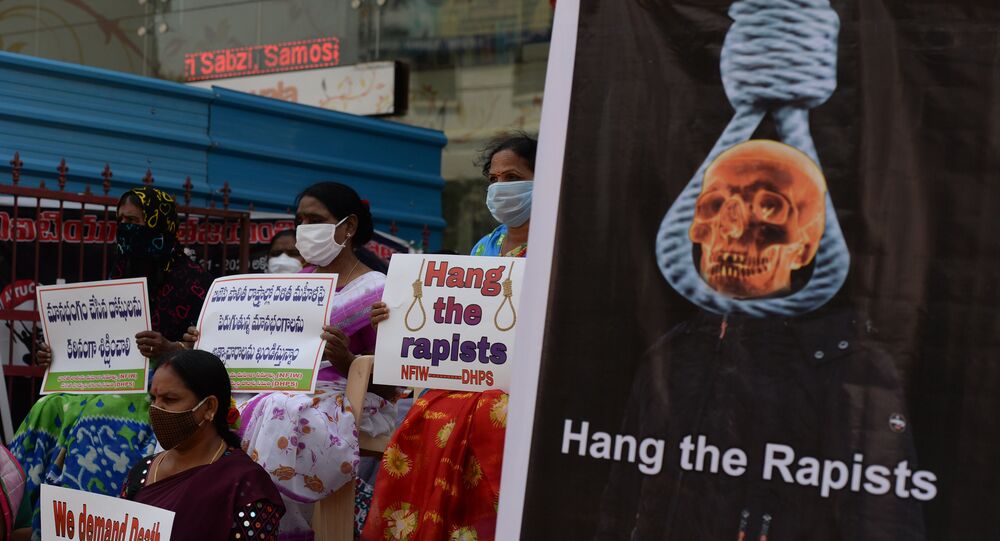 Police in India’s Uttar Pradesh state on Thursday stopped opposition Congress party leaders Rahul Gandhi and his sister Priyanka Gandhi from visiting the family of a gang-rape victim, who died of her injuries this week. Police invoked prohibitory orders under the Epidemic Act to stop the Gandhis' visit.

Police in India’s state of Uttar Pradesh used force for a second day to stop a delegation from opposition party All India Trinamool Congress visiting the village of a now-dead gang-rape victim. The delegation, led by Derek O’ Brien, said they wanted to show solidarity with the grieving family of the 19-year-old victim.

The girl, from the marginalised caste of Dalits, is believed to have been raped by four men in the Hathras district of Uttar Pradesh on 14 September. She suffered multiple fractures, paralysis and neck injury and died in a hospital in the national capital on Tuesday 29 September.

Though there had been outrage at the gang-rape and brutal assault, her "forced" cremation before sunrise on Wednesday 30 September, without her parents' consent further fuelled local anger.

Police in the state who set up a special investigation team, claimed that the forensic report did not show the presence of semen traces in the dead woman.

Meanwhile, the state's top court, the High Court of Allahabad, has ordered state officials, including police, and the family to be present in court on 12 October, the date for the case's next hearing.

The court said that media reports had forced it to take notice of “an extremely important and sensitive matter touching upon the basic human/fundamental rights of the citizens of this country and residents of this state."

However, police in the capital, Delhi, have warned activists not to gathering around India Gate, the war memorial in the city's centre.

Several social activists called for a protest on Friday evening against the rape and murder of the girl in Uttar Pradesh, which is redolent of another such crime on a 23-year-old girl in Delhi in 2012.

That victim's death in a Singapore hospital, where she was flown for advanced medical treatment, galvanised thousands of youth, who besieged the Indian parliament and forced the federal government of the time to introduce a stringent anti-rape law.

After a long legal battle, four were convicted of the 2012 rape and murder and were sent to the gallows on 20 March this year.