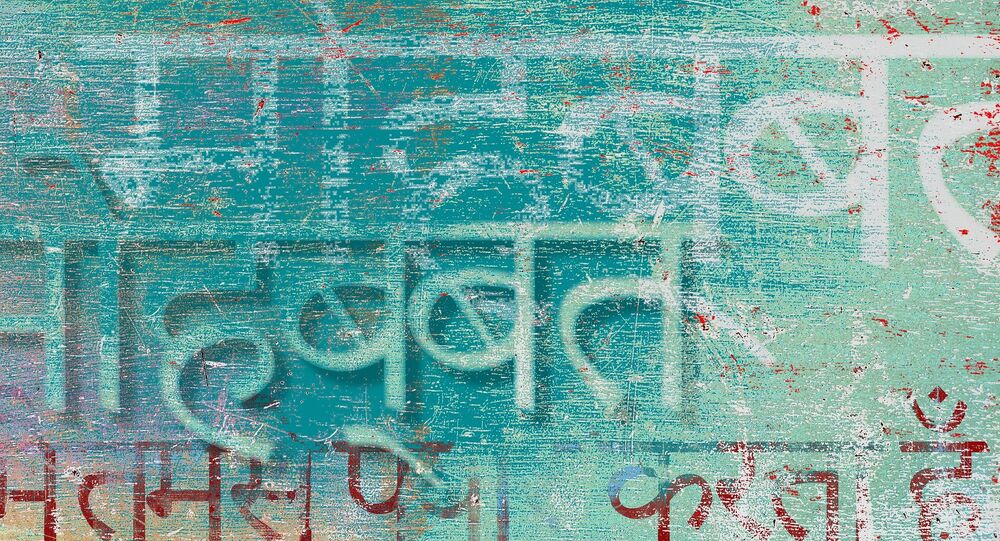 India’s ruling Bharatiya Janata Party (BJP) has been a strong proponent of the Hindi language in all possible formats and parts of the country. However, its efforts have been obstructed and rather strongly opposed by the non-Hindi speaking southern and northeastern states, as they view it as an imposition of a language not preferred by everyone.

While the Hindi language is a common thread binding India together, it should be allowed to organically flourish rather than imposed by the government, prominent Hindi writers suggested on Monday as the country marked its national Hindi Day.

“There is no doubt that Hindi binds us together as a nation. However, the authorities must be careful while introducing it in formal education in schools in non-Hindi speaking states, so as to avoid the impression that it is being imposed by the federal government,” prominent Hindi short story writer Uday Prakash told Sputnik.

‘Hindi Diwas’, or the day of Hindi is an occasion which marks the world’s fourth-most spoken language being adopted in India as the official language of the country in 1949.

Prakash’s contributions to Hindi literature have been noted by India’s national academy of letters, the Sahitya Akademi, which has bestowed upon him its highest award.

He said accepting diversity in the Hindi language was crucial for its promotion, noting that one of the most well-known Hindi writers of the 20th century had a Tamilian background.

“Rangeya Raghav is counted among the top Hindi exponents of the century. Yet, the way he wrote Hindi language (in his creative works) is very much different from how writers from the northern Indian states use the language,” underscored Prakash.

The ruling party BJP has on various occasions in the past asserted that Hindi, as a language, needs to be embraced in the country. BJP’s parent organisation Rashtriya Swayamsewak Sangh (RSS) has always championed its adoption by all States in a bid to connect all parts of India with a common thread.

Hindi poet Manglesh Dabral, however, feels that making Hindi the ‘national language’ of the country would complicate matters for the southern and eastern states, which have their own cultural and linguistic traditions.

“Hindi is already reaping the benefits of globalisation and privatisation. It is India’s most widely-used language and it is only set to expand its speakers’ base in the coming years,” Dabral told Sputnik. He is also a former recipient of the prestigious Sahitya Akademi award.

The Hindi author underlined the importance of letting regional languages flourish alongside Hindi. “Let them develop an expertise in their mother tongue and English before introducing them to Hindi. Otherwise, there would be a sense of resentment,” says Dabral.

Prime Minister Narendra Modi appreciated the efforts of linguists who are contributing to the propagation of Hindi language.

“While a country is known by its geography and borders, the language is its biggest identity,” India’s federal Home Minister Amit Shah tweeted on Monday.

“In a country where so many languages are spoken, Hindi serves as a means to unite everyone,” he added.

Shah also lauded the efforts of his government in promoting Hindi through the three-language formula in the New Education Policy (NEP), which came into effect from this week.

Hindi is the mother tongue of over 250 million Indians, according to the Census of 2001. However, non-Hindi speakers, most notably residents of Tamil Nadu, have opposed the new education policy for introducing Hindi at the primary school level in states where it is not the most spoken tongue.