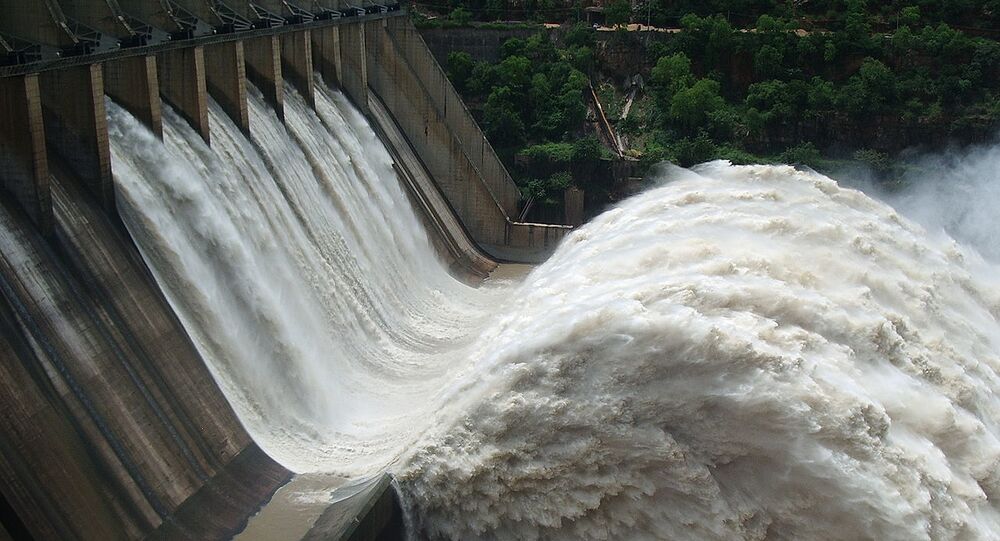 New Delhi (Sputnik): India has witnessed several industrial accidents in the past few months. The underground power house where the fire broke out is regarded as the country's second largest hydroelectric station and is located near the Srisailam Dam, built over the Krishna River.

All nine people who were reported to be trapped in a massive fire that broke out at a hydroelectric plant in India's Telangana are dead, officials revealed on Friday.

Nine bodies have been recovered from the site located at the Srisailam Dam, and three of them have been identified as site engineers.

Out of a total of 19 people who were working at the plant owned by Telangana State Power Generation Corporation Limited, 10 were able to escape when the fire broke out on Thursday night.

The country's National Disaster Response Force and a local fire department were deployed for the rescue and evacuation mission. The rescued people were hospitalised and are said to be out of danger.

Although Telangana's Power Minister G. Jagadeeshwar Reddy informed that the cause of fire was a short-circuit, Telangana chief Chandrasekhar Rao has ordered a detailed enquiry by the Crime Investigation Department (CID) to ascertain the cause of the incident. Terming the event as unfortunate, the state chief also expressed anguish over the lives lost.

​India's Prime Minister Narendra Modi took to Twitter to condole the bereaved families and prayed that the injured will recover soon.

Fire at the Srisailam hydroelectric plant is deeply unfortunate. My thoughts are with the bereaved families. I hope those injured recover at the earliest.