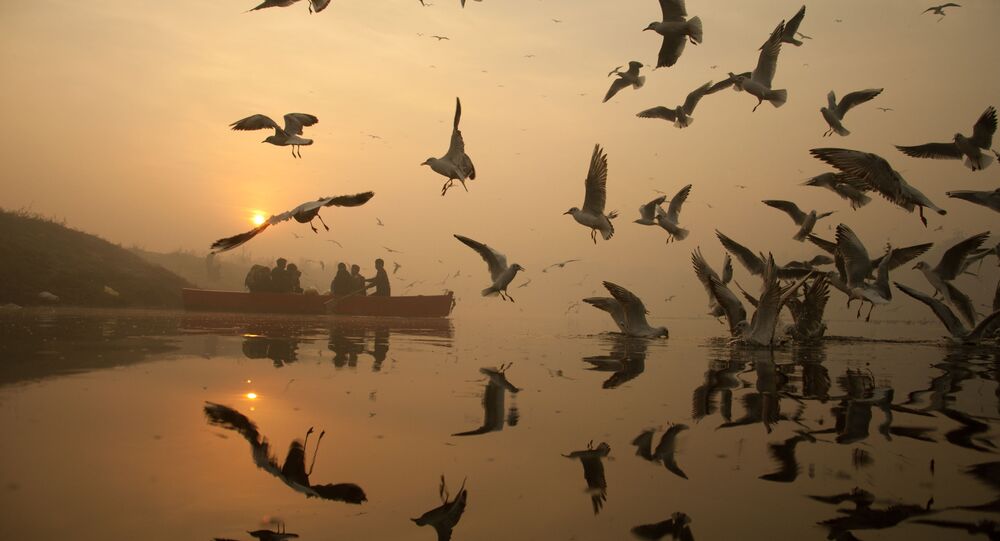 New Delhi (Sputnik): India’s national capital Delhi is a heritage city, with a long history. It was the capital of the Mughal Empire and later of British India until the country gained independence in 1947. The Yamuna River, which passes through this city, finds its mention in Hindu scriptures.

The Yamuna, a river serving about 20 million people in India’s national capital, is one of the most polluted in the country. The untreated waste of the city accounts for nearly 70 percent of this river's pollution.

The river originates from Yamunotri in the Himalayas in the state of Uttarakhand and runs westward to enter Haryana and then to Delhi before flowing out to Uttar Pradesh to merge with the mighty Ganges in the Prayag area.

As the river enters the national capital, it carries the burden of pollution, with 17 drains discharging waste water and sewage into it from Wazirabad to the Okhla areas. The river is a mute victim of neglect, both the government and people, who have not realised the importance of a healthy river system.

The Yamuna River, however, is a paradise for photo enthusiasts. Its over 30 banks offer distinct views from any vantage point throughout the year. The river holds its own enchanting value due to its flora and fauna as well.

Most tourists, especially foreigners, don’t wish to miss an opportunity to view it particularly during winter when it appears bewitching throughout the day. This is due to the fog covering the river banks and the presence of hundreds of thousands of seagulls amid the chill.

Though the river is a major draw for photographers from around the world, especially when seagulls or albatrosses arrive here for breeding in the winter, few of the city's inhabitants bother to view its magnificence.

The river also attracts hundreds of Hindus during their religious festivals like Ganesha Chaturthi, Kali Puja, and Chhath Puja at various designated banks along the river.

Though the federal and Delhi governments have launched a mega plan to clean up the river, it still hasn’t seen much impact as reviving the river is a stupendous task.

Interestingly, the Yamuna regained some of its charm during the lockdown to mitigate the spread of the coronavirus, as all factories were closed as well as outlets of waste that polluted the river.

Certainly, there is now no reason to delay experiencing Yamuna’s pristine glory any more. Just don’t forget to carry your camera.