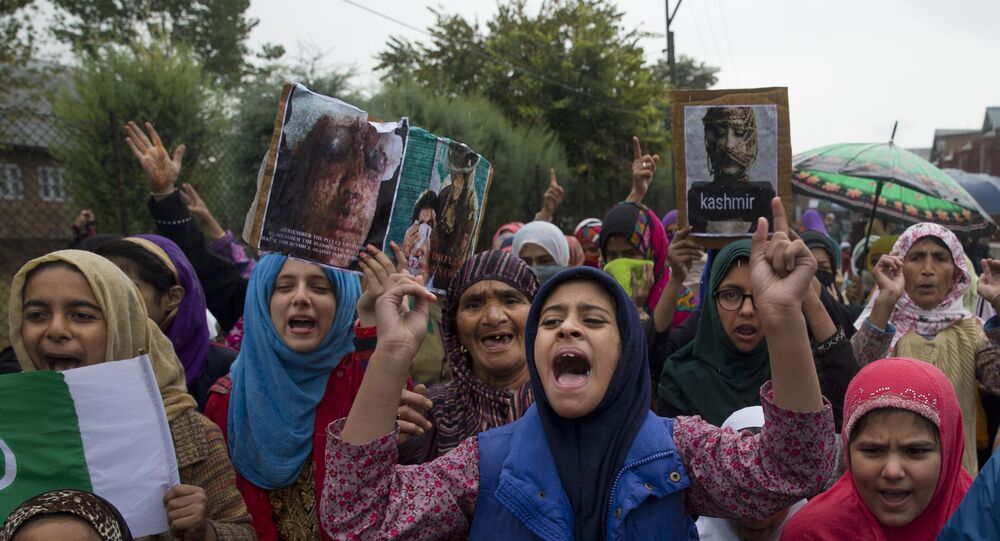 New Delhi (Sputnik): Indian-administered Kashmir drew the further attention of the national and international media after the Prime Minister Narendra Modi-led government scrapped the special status of the state and divided it into two federally-administered territories last August.

Three Indian photojournalists - Dar Yasin, Mukhtar Khan and Channi Anand - from India-administered Kashmir have bagged the 2020 Pulitzer Prize in feature photography for their coverage of the restive Kashmir Valley.

The Associated Press photographers won accolades for covering the events in Kashmir that took place after the federal government revoked Article 370 of the Indian constitution in August of last year. The law had provided the former state with partial autonomy.

The photographers captured the protests with their lenses, as well as paramilitary activity and the nuances of daily life after the shutdown of internet services in the disputed region that remains the bone of contention between India and Pakistan – which rules parts of the region but claims it in full.

While Dar Yasin took to Twitter to share his gratitude for people who always stood with him, pictures of him and Mukhtar Khan celebrating with the family did the rounds on the micro-blogging platform.

#Kashmir journalists Mukhtar Khan & Dar Yasin celebrate the #Pulitzer feat with their families. The duo is among 3 AP photographers who have won the prestigious prize. This comes at the when when journalists in the region are reeling under an unprecedented crackdown by government pic.twitter.com/Jqd6vbWBpg

Thank you Colleagues, friends, brothers. I would just like to say thank you for standing by us always. It’s an honour and a privilege beyond any we could have ever imagined. It’s overwhelming to receive this honor.

​After the revocation of Article 370, Indian-administered Kashmir was slapped with a curfew and an internet clampdown. Several locals and prominent politicians of the region were detained, most of them were released only in the past few months. Meanwhile, internet services were also fully restored in January this year but only at 2G speed.

The government justified the move stating that it was necessary to curb alleged secessionist movements in the state and ensure development in the region.