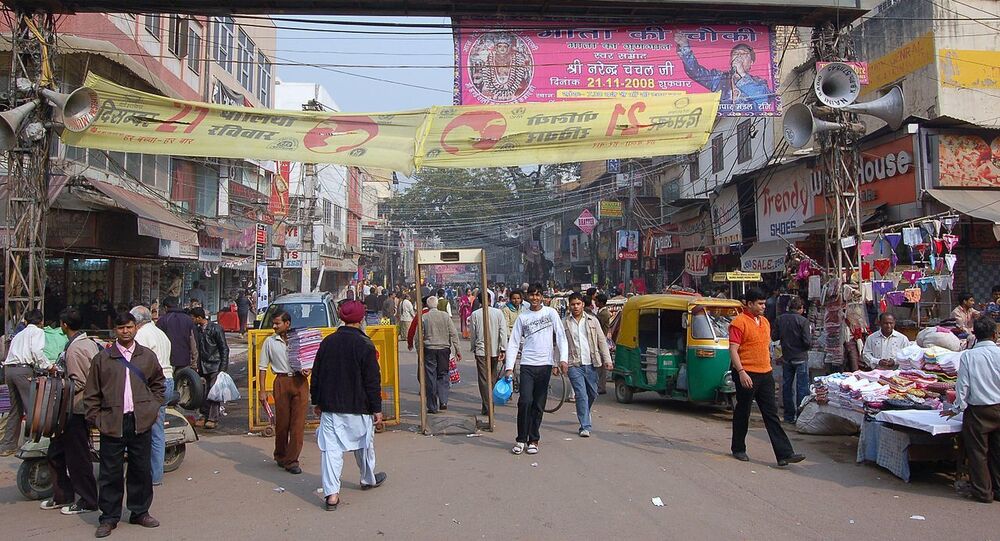 Prices of Electronics Skyrocket in India as Imports From China Hit By Border Conflict, COVID-19

New Delhi (Sputnik): India imports a substantial amount of electronics from China worth $19.97 billion in 2019. A weak rupee is said to be a major reason behind the price rise along with trade and travel restrictions due to COVID-19.

India's biggest electronics market in the Karol Bagh area of Delhi is seeing a sharp increase in the price of products amid trade restrictions with China in the wake of COVID-19 and border tension in Ladakh.

Shopkeepers in the market told Sputnik that "electronic items from China have been affected by almost 75 percent. The majority of the mobiles and the spare parts for cellular devices that we had were from China."

Speaking of smaller items such as batteries, screen glass and USB cables, shopkeepers said that supply has been hit by around 50 percent.

However, they added that made in India substitutes for these items have proven to be cheaper than Chinese goods.

With the majority of the Indian workforce operating from home and a boom in online education amid social distancing, the demand for laptop repair and mobiles has risen significantly. This has caused a headache for shopkeepers as the supply of spare parts has almost dried up.

The burden is falling on customers, who are forced to chose between more expensive alternatives. A few customers have even blamed the shopkeepers for charging unfair prices.

Siddhatha Jha, a resident of Delhi, spoke to Sputnik highlighting a similar experience while looking for a tablet for his daughter.

Electrical machinery and spare parts for electronic items comprise the biggest share of items imported from China since 2017. Chinese electronic goods, including industrial electronics, computer and IT hardware, comprise 32 percent of India's total imports from China.

In a move to curb non-essential imports from China, India is also mulling a hike in custom duties on 300 products.