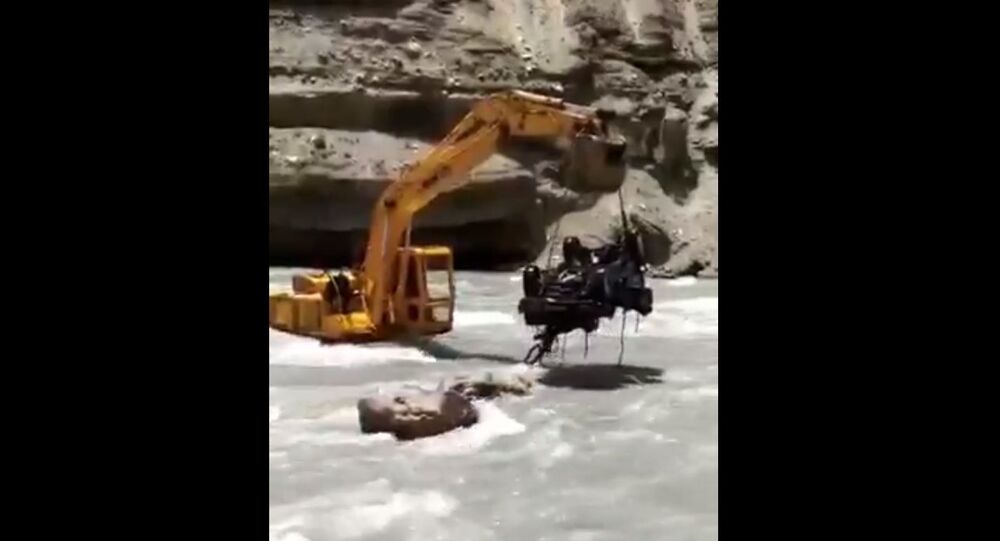 New Delhi (Sputnik): India’s Ladakh region has remained in the headlines for over a month due to a physical battle between China and India on 15 July. While Indians are mourning the loss of 20 soldiers killed in the Galwan Valley altercation, the story of a missing officer along with his driver remains untold and unheard of.

Subhan Ali, a 28-year-old Indian Engineering Services (IES) officer posted in Leh -- the capital city and headquarters of army command in the Ladakh region -- has been missing since 24 June.

Ali’s jeep which was being driven by his designated driver Lans Naik Palwinder Singh later surfaced in the cold waters of the Dras River that flows through Ladakh and eventually reaches Pakistani-administered Kashmir to merge with the Indus river.

At present, no traces of Ali or Singh have been found around the river area. Drenched in anxiety, the young officer’s humble family has urged the government and the defence authorities in India to find and bring back their son and brother in “whatever condition”.

​Sputnik got in touch with Ali's cousin Habibur Rahman, who along with Subhan’s elder brother Sahban, have returned from Leh to their home in Uttar Pradesh’s Balrampur district after following up on the investigation on Saturday morning.

"Ali's car was found floating in the Indus River glacier, which after its 62 km stretch in India phases into Pakistan-administered Kashmir. Though posted in Leh, my cousin was deployed for monitoring an army quarantine camp at Minamarg, on return, his car met with an accident and rolled into fast flowing Dras River", Rahman said. “If the Indian Army boasts so much about their might and power, why have they not been able to find their own officers?"

A ranking scholar from two prestigious Indian institutions, Jamia Millia Islamia and the Indian Institute of Technology (IIT) Delhi, Ali had been helping his elder brother Sahban in his coaching classes, where the brothers together prepared students aiming to clear Indian civil service examinations.

Sputnik contacted one of Ali’s students, Tooba Tarin, who revealed that this was the first posting of the physics-enthusiast officer – who taught her chemistry, mathematics, and physics with utmost expertise.

"We are just praying that he and his colleague swam their way out of the river. We are all restlessly waiting for official details about the investigation. I request the Indian government to find and bring back its young and talented officer, who is also our teacher", Tarin said.

Sputnik has obtained gut-wrenching videos of Ali’s “BA 14419” being fetched out of the chilly and rapidly flowing river three days after the alleged "accident" happened.

​Two days after the accident, on 25 June, Ali’s service wing, the General Reserve Engineer Force (GREF), addressed a “grieving” letter to his weaver father Ramjan Ali, informing him about the alleged accident. The letter also confirmed that as of now, no traces of Ali or his driver have been recovered from the area of the river.

"Our all-out continuous efforts to search for your son along with the Army and local police are going on in the river and he has not yet been tracked down. Till the time the body of your son is not tracked down, he will be declared as missing", the letter reads.

​Hashtag #FindSubhanAli is now rapidly trending on Indian social media, with netizens waiting for follow-ups on the investigations going on in India’s coldest place, Dras.