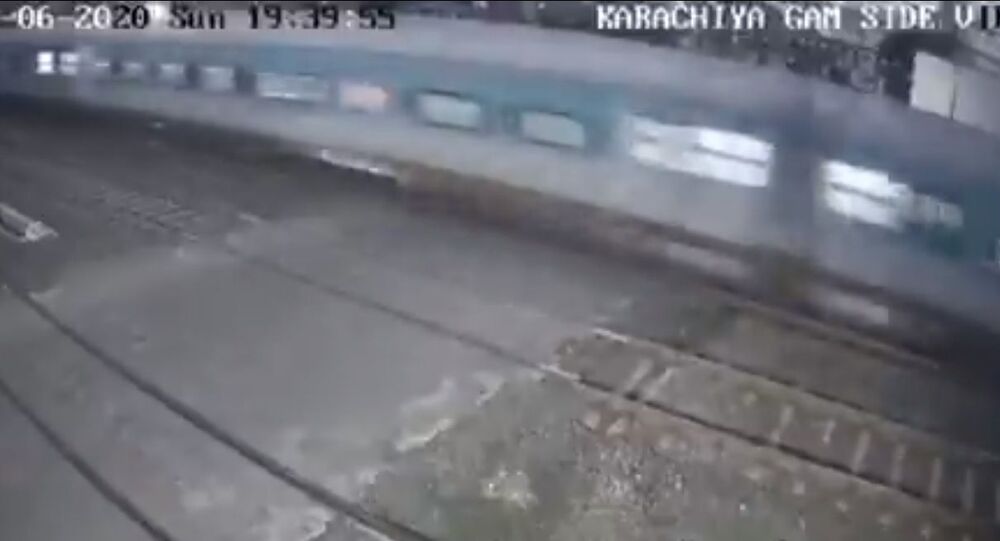 'Better Late Than Never': Watch Biker Get Crushed Under Superfast Train in India

New Delhi (Sputnik): Many two-wheeler drivers or cyclists in India can often be found crossing closed railway tracks from under the barricading poles. According to Indian Railways officials, despite several incidents of people being crushed or hit by speeding trains, people do not understand that barricades are there for a reason.

A heart-wrenching video of a motorcyclist getting crushed under a speeding train in India's Gujarat state is going viral on social media.

According to the railway officials, the incident occurred near Karachiya yard in the state's Vadodara city. Although it happened on 21 June, the CCTV footage of the incident has only been making the rounds since Sunday.

In the video, a man riding a motorbike can be seen crossing closed barricades, which are meant to stop the movement of vehicles so that trains can pass through. However, as the biker is crossing the railway tracks, a speeding train crushes him under it.

The following footage contains scenes that some may find disturbing.

According to a railway official, despite the presence of railway personnel at the crossings, some people do not pay heed to police directions and safety instructions to stay behind the barricades, which leads to such horrific incidents.