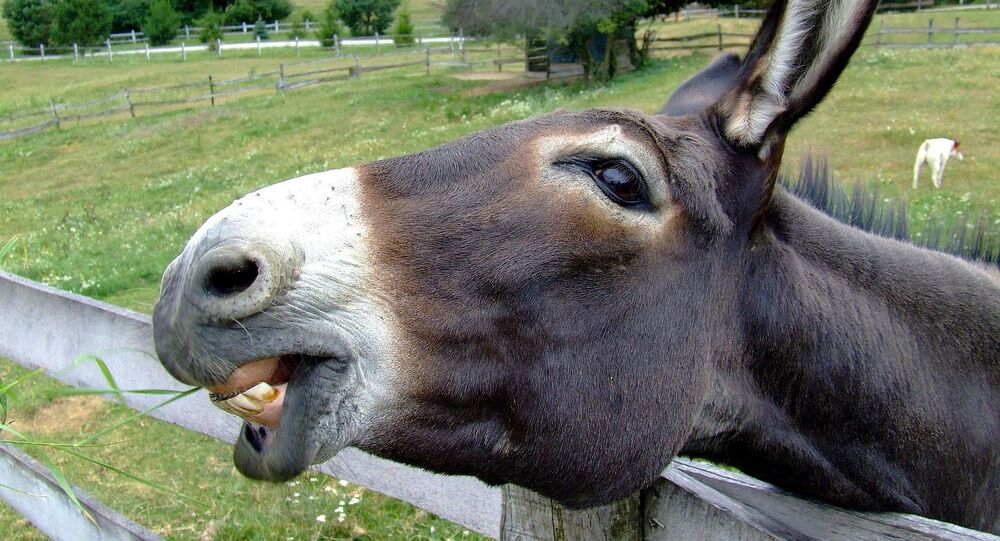 New Delhi (Sputnik): A lot of unusual incidences are happening around the world, but one recent case from Pakistan seems to be topping the list on social media. This is the case of a donkey that has ended up in legal trouble in a betting case.

Police authorities confiscated $120,000 during a raid that saw arrest warrants for eight locals and a donkey issued for gambling in the Pakistani province of Punjab.

The police conducted the raid in the RaheemYaar Khan district after a case was filed against the accused locals. The donkey also made it onto the list of the gambler’s friend circle as revealed by the undisclosed complainant because of which police officials are not allowed to release the animal until an investigation is underway.

A video that was first shared by Pakistani journalist Naila Inayat a couple of days ago is now going viral on social media, giving netizens a chuckle.

​With GIFs and memes, netizens are asking whether the donkey finally confessed to its gambling habits.

Did the donkey confess its crime? https://t.co/rxYr0YTOBj

Pakistan should appoint a learned judge from donkey community who can deliver proper judgement whether arrested donkey should be put in jail or released on bail.

​Earlier in May, a pigeon with a ring on its foot, with numbers written over it was captured by locals in Kathua, a town in Indian-administered Jammu and Kashmir. The bird was later handed over to the police on allegations of spying for Pakistan. The pigeon was given a clean chit later after investigations proved it innocent.

Netizens are wishing the donkey a similar dignified release, along with a therapist to help it deal with its gambling problems.