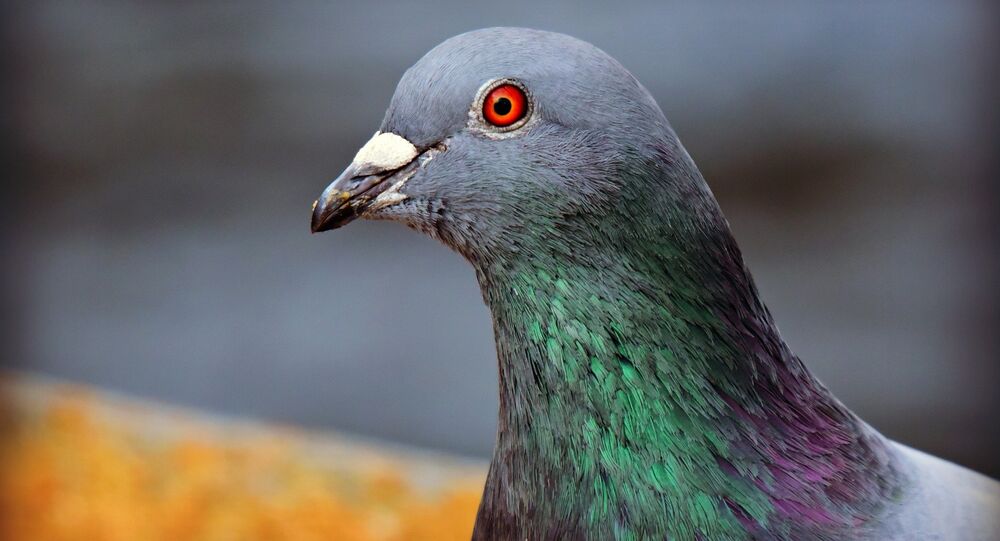 New Delhi (Sputnik): India shares a border with Pakistan in the newly-formed union territory of Jammu and Kashmir. Animals or birds crossing the border are often viewed with suspicion as they may have implanted spy hardware. The police have said that the area in which the pigeon was has been under scrutiny for suspected activities in the past.

A pigeon with a ring on its foot, on which numbers were written, has been captured by locals in Kathua, a town in India's federally-administered territory of Jammu and Kashmir. The bird was later handed over to the police.

Shailendra Mishra, Senior superintendent of Police, Kathua, told the media: "We don't know from where it came. Locals captured it near our fences. We have found a ring in its foot on which some numbers are written. An investigation is underway".

The official further informed that residents in the village of Manyari in the Hiranagar sector caught the pigeon after it was found near the fence in the village. The official said security agencies are trying to read and study the codes on the ring as the incident could not be overlooked in light of a few suspected terrorist activities in the region earlier.

Taking pigeons, or any animal that crosses the border, into custody over spying fears is not a unique trend in the disputed Kashmir region. The police have also captured primates called "langurs" who crossed the border from Pakistan.

Tensions between the two nuclear-powered neighbours escalated in early August, 2019, when New Delhi amended its Constitution to strip the special status enjoyed by the erstwhile state. Jammu and Kashmir was also bifurcated and made into two federally administered territories.

Pakistan, which claims to be a stakeholder in Indian-administered Kashmir, declared a diplomatic war against India, suspending all diplomatic, communication, and trade links.

Kashmir has been a bone of contention between the two countries since 1947, when both gained freedom from British rule.