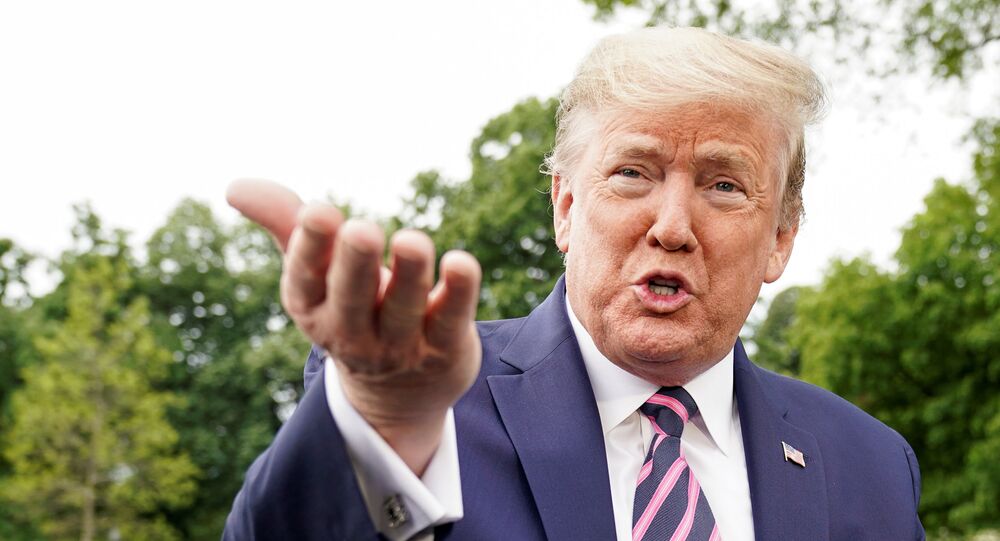 New Delhi (Sputnik): Taking advantage of the ongoing trade war, US President Donald Trump has taken what seems to be a bold and historic decision – which has garnered applauses from Indians. The response is in line with the latest #BoycottMadeinChina movement that has gained popularity in India.

President Donald Trump has retaliated against a policy that has prevented US carriers from offering service between the US and China. Trump announced the suspension of all flights from Chinese airlines from 16 June. Impressed by the rather daring move, netizens in India – many of whom have joined in Prime Minister Narendra Modi’s advice by going vocal for local – are elated with Washington’s decision.

#ChinaWingsClipped started trending on social networking platforms in India, with hilarious memes as well as blunt words; netizens are suggesting that the Indian government implement similar measures in a bid to block China from minting profits from trade and business with India.

Tit for Tat, I was saying this continuously. First time I talked about this theory when I was in graduation, roughly 16 years back :) and now our government is doing exactly the same 😊

Note - Unfortunately my thoughts are not documented 😈 pic.twitter.com/aolpkNmSn7

#ChinaWingsClipped | US suspends all flights by Chinese Airlines from June 16.

‘You don’t belong here,’ The New World order is final. And it is terrible news for China, China is isolated.
D10 #ChinaWingsClipped pic.twitter.com/xK4iC2c95k

Now the reckless dragon is being cornered by the world count has begun Xi Jinping is going to be jobless soon power of India rises globally #ChinaWingsClipped pic.twitter.com/q4BSqNKgih

In an attempt to pacify the American anger, China's civil aviation regulator on Thursday, issued a notification saying that US carriers can resume limited services to the country. The action by the US Transport Department comes after the Civil Aviation Administration of China (CAAC) formulated a policy allowing only those carriers which had been operating till mid-March. After the new Chinese rule came into play, Delta Airlines and United Airlines could not operate to China as they had suspended all China flights by then against the backdrop of rising cases of COVID-19.

​However, with #ChinaWingsClipped trending on Twitter, it seems a large number of Indians are taking an interest due to ongoing border stand-off in the Western Himalayas. For the last few weeks, a large section of Indian society has been urging to the government to curb Chinese imports and investment in retaliation following the border stand-off.

Over the weekend, several Indian public figures including famed Ladakh region based educator Sonam Wangchuk along with Bollywood celebs like Milind Soman and Arshad Warsi joined the #BoycottMadeInChina – that includes an array of products ranging from smartphones to light bulbs.

However, the Indian government is dealing the border issue and trade relations with China separately.

Earlier this week, China also warned India to be rational and careful before becoming a “US Pawn” and siding against China.

“If in a new cold war, India leans towards the US or becomes a US pawn attacking China, the economic and trade ties between the two Asian neighbours will suffer a devastating blow. And it would be too much for the Indian economy to take such a hit at its current stage,” The Global Times had reported Chinese ministry officials as saying.