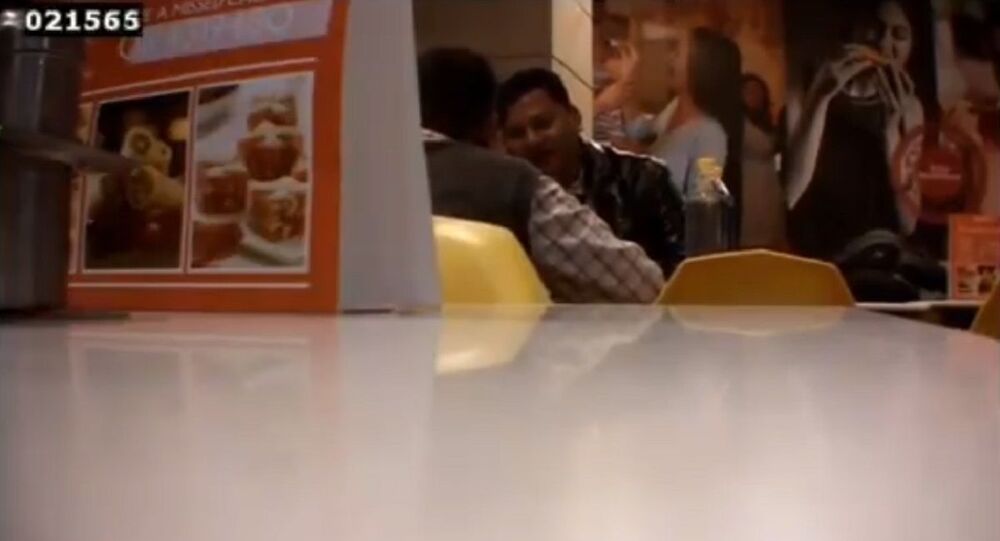 New Delhi (Sputnik): Two officials at the High Commission of Pakistan in New Delhi will be deported on Monday evening via Wagah, an Indian checkpoint on the border with Pakistan in Punjab, after they were allegedly found engaged in espionage-related activities.

A trap was laid to catch two officials of Pakistan's High Commission, Abid Hussain and Tahir Khan, after intelligence was received that they were trying to exchange stolen classified documents in New Delhi.

An alleged video of the same meeting has also emerged on social media through informal sources. In the purported video, one of the accused can be seen meeting a local informant at a restaurant to get the classified information.

From a previous meet of Pak official caught in the act of trying to source information. Sunday incident of espionage happened at a restaurant in Karol Bagh. https://t.co/PCeR38db7m pic.twitter.com/5Y0t5bL9mW

The two men were declared personae non gratae by the Foreign Ministry of India on 31 May for what they described as "activities incompatible with their status as members of a diplomatic mission" and announced to deport them at 1700 hrs local time on Monday.

© AP Photo / Channi Anand
Two Pakistani Officials Detained in India Over Espionage-Related Activities
Pakistan registered a protest with India's charge d’affaires by summoning him to the Foreign Office for a demarche over declaring these officials working in the visa department as personae non gratae.

Islamabad also rejected the charges of espionage against the staffers and conveyed that the Indian action was in clear violation of the Vienna Convention on Diplomatic Relations and diplomatic norms.

According to sources, the two were detained after they were caught in a meeting trying to procure confidential documents pertaining to the Indian Armed Forces. The two were questioned by the authorities and documents were recovered along with $200 and two iPhones with fake local biometric identification numbers.