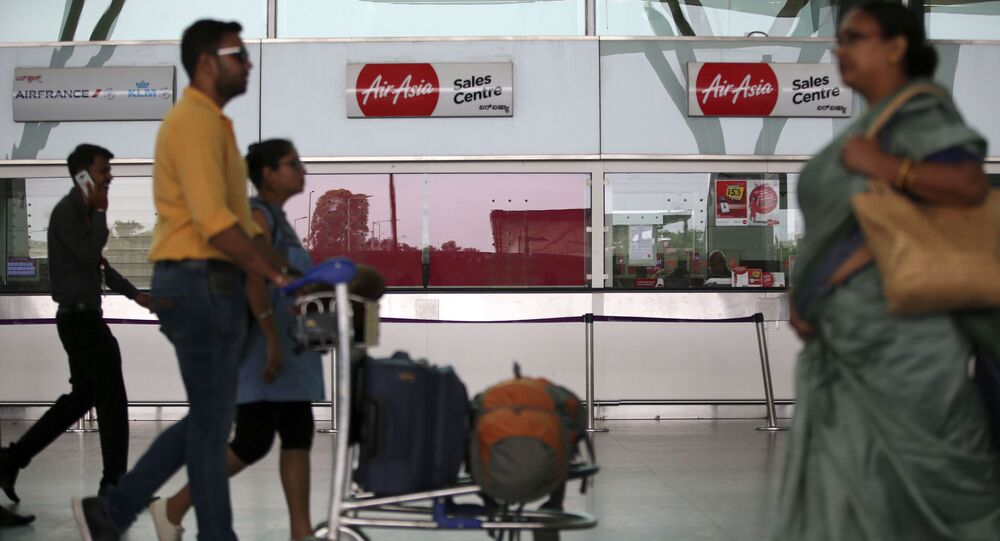 New Delhi (Sputnik): Confirmed COVID-19 cases in India have now climbed to 131,868 as the country witnessed its highest-ever spike (6,767 cases) in the last 24 hours, per data from the Indian Ministry of Health and Family Affairs. The pandemic has so far claimed 3,867 lives in the country.

The Indian government's plan to restore limited air travel starting 25 May even though the lockdown is in force until 31 May has an hit air pocket as some states are unsure about allowing flights, while others have announced a mandatory 14-day quarantine for those arriving in the state.

The Indian state of Maharashtra, the epicentre of COVID-19 positive cases, is still undecided about allowing air travel. At 44,582 cases, Maharashtra accounts for at least one third of the total number of confirmed COVID-19 cases in India, and the pandemic has claimed 1,517 lives in the state.

With only one day to go for restoration of limited air travel, the two other Indian states that are still to decide whether they will allow domestic air travel are West Bengal and Tamil Nadu. West Bengal wants to defer resuming flight services on account of damage caused by cyclone Amphan. The death toll in the state has gone up to 80 due to the storm, according to data from the state government. The state is not in favour of resuming flight operations until 31 may.

Several other Indian states, including  Karnataka, Punjab, Kerala, and Chhattisgarh have asked domestic flyers to undergo a compulsory 14-day quarantine. Sources in the Ministry of Civil Aviation told Sputnik that there will be more clarity on the matter by this evening.

Indian Railways, meanwhile, resumed limited train operations on 1 May. It started special trains to carry stranded labourers to their home states. Along with labour special trains, the ministry has also started operating a limited number of special passenger trains from Delhi to various parts of the country. Passengers travelling in trains are being screened and quarantined as per the protocol set up by the respective state governments.

COVID-19: Recession in India is Given, Question is How Deep the Crisis is, Analysts Say