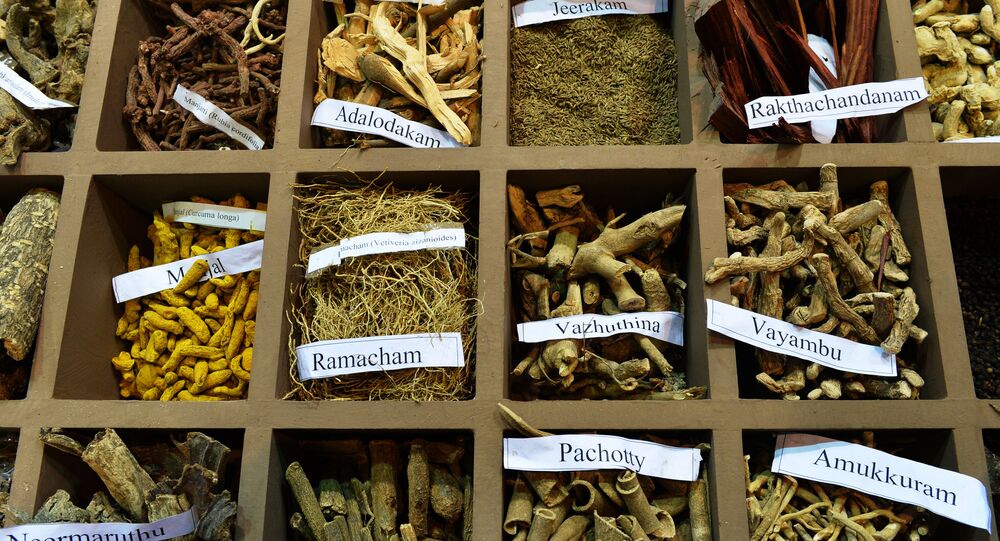 New Delhi (Sputnik): As India began its war against COVID-19 in March, the federal ministry of Ayurveda, Yoga and Naturopathy, Unani, Siddha and Homoeopathy (AYUSH) issued an advisory on Ayurveda’s immunity boosting potential. The ministry then faced flak from proponents of modern medicine, saying it was “promoting quackery”.

Dr Bhushan Patwardhan, Chief of India's Interdisciplinary Research and Development Task Force has spoken out against the discriminatory treatment of traditional medicines in the fight against COVID-19.

Dr Patwardhan called the refusal to accept the empirical evidence in support of Ayurveda “unethical”.

“There is no modern medicine intervention available today to increase immunity. As far as COVID-19 is concerned, modern medicine and AYUSH are on the same level of playing field. None is superior or inferior, because everyone is experimenting. In that case we are raising the question, when everything is new, when everybody is experimenting, why AYUSH interventions are not becoming mainstream for COVID-19 management?”, Dr Patwardhan told Sputnik.

The traditional Indian system of healthcare has medicines equivalent to hydroxychloroquine (HCQ) for COVID-19, but practitioners of modern medicine refuse to accept them, which is neither in people's interest nor that of science, besides being unethical, Dr Patwardhan, himself a biomedical scientist explained to Sputnik.

The scientist, who co-authored a research study on AYUSH, modern medicine, and COVID-19 that was published in the Indian Journal of Medical Ethics, said the resource-poor healthcare system in India might not be able to sustain an emergency response on the scale required for management of the global pandemic.

“AYUSH treatments have been kept out of the options available to COVID-19 patients. Besides this, AYUSH human resources in the public services have been deprived of opportunities to include these interventions and are almost compelled to follow only modern medicine-based guidelines", reads the study.

The study said that the decision to use HCQ on COVID-19 patients lacks any proof of concept and pharmacokinetic study in the same context. This means there was insufficient evidence to recommend HCQ for COVID-19 prophylaxis. Interestingly, in a well-controlled study in rheumatoid arthritis, the clinical efficacy of HCQ was found to be equivalent to an Ashwagandha formulation in Ayurveda. Another study has reported that chloroquine was no better than an analgesic in the treatment of chikungunya.

“HCQ is not a safe drug, it is a prescription drug and one should be very careful when giving it. It can be difficult for persons, who have cardiac problems. When you have safer options, with empirical evidence, why are not we giving those options to the patients?”, wondered Dr Patwardhan.

China on the other hand “incorporated a traditional Chinese medicine (TCM) classification of the disease as well as treatment guidelines based on this classification into the official handbook being used by doctors to treat patients with COVID-19", said Dr P Rammanohar, Research Director at the Amrita School of Ayurveda, in the southern state of Kerala.

The number of COVID-19 cases has spiralled to 81,970, including 27,920 recoveried and 2,649 deaths, according to latest data released by the federal Health Ministry.