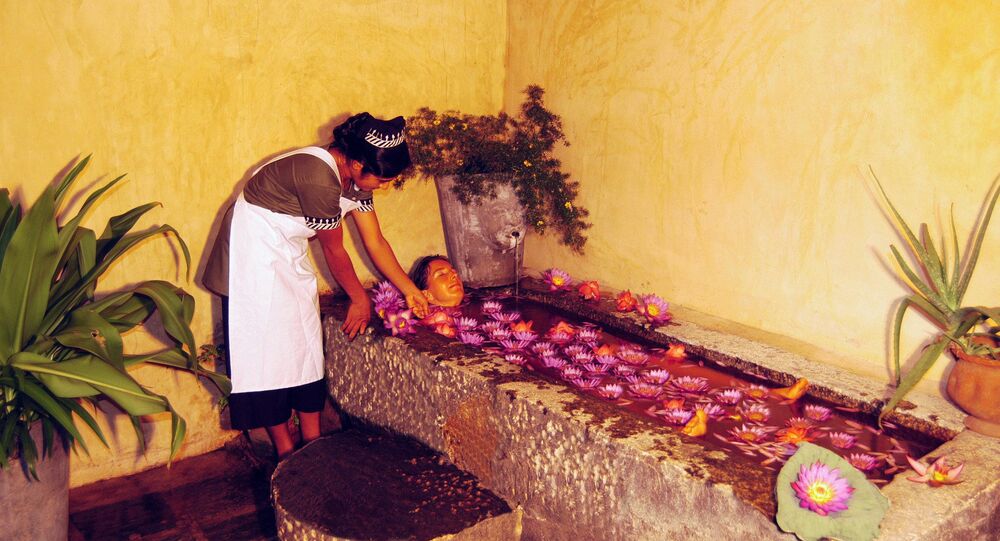 New Delhi (Sputnik): The word "Ayurveda" comes from the Sanskrit terms Ayur (life) and Veda (knowledge) and refers to the ancient Indian healthcare system that has been practiced for over 5,000 years. Ayurveda treatments are said to have been derived from one of the four ancient Hindu religious texts.

While scientists are still working to develop a perfect treatment and vaccine to cure COVID-19, Indian Prime Minister Narendra Modi is promoting Ayurveda and yoga in other countries as a measure that can help enhance immunity.

Last week, the Indian prime minister took to Twitter urging people to look at the Indian Ministry of Ayurveda, Yoga & Naturopathy, Unani, Siddha, and Homoeopathy (AYUSH) protocol and follow it to lead a healthy life as the nation observes a COVID-19 lockdown.

He also highlighted the significance of Ayurveda and yoga for physical and mental well-being with the presidents of different countries, including the US and Spain.

“With the help of natural substances like herbs, Ayurveda has been curing humans for centuries. We have been promoting the use of natural substances for years and now with this disease and people's immunity falling short, we urge people to enhance their immunity at home and stay safe", Ayurvedic doctor Vaibhavi Mehta told Sputnik.

The Ayurvedic doctor revealed the ancient system of medicine holds a special significance in Indian history and is effective in boosting immunity, which is crucial in fighting the coronavirus.

In Ayurveda, it is believed that “Panchamahabhutas” or, life’s five basic elements – space, air, fire, water, and earth manifest in the human body and govern the creation, maintenance, and destruction of the body's tissues.

Modern lifestyles are often considered a source of stress and health problems among people nowadays, to which Mehta says: “We have different types of tension and stress which is a root-cause for a lot of health issues".

“Considering the fast-paced lifestyle and people being asked to stay indoors, it is important to take care of mental health along with the physical. I urge people to start meditation and yoga in order to keep themselves healthy and it will help in releasing stress", Mehta adds.

"With the help of several Ayurveda which are mostly available at home, most of the things (COVID-19 symptoms) can be cured or prevention can be taken by including them in your daily diet. It will not just keep you safe but also help you fight the COVID-19 symptoms and boost your immunity", Saxena said.

According to the Indian government, the number of cases has crossed the 4,000-threshold and over 110 people have lost their lives due to this virus.